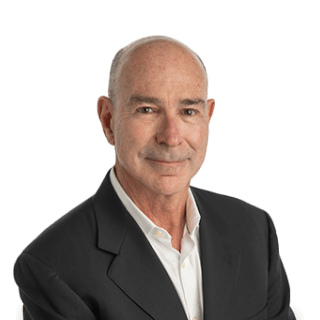 Professor Hathaway’s publications include more than 100 journal articles, book chapters, and studies; a leading treatise on the refugee definition (The Law of Refugee Status, second edition 2014 with M. Foster; first edition 1991, republished in Russian in 2007 and Japanese in 2008); and an interdisciplinary study of models for refugee law reform (Reconceiving International Refugee Law, 1997). He is the author of The Rights of Refugees under International Law (Cambridge University Press, second edition 2021; first edition republished in Japanese in 2014 and Chinese in 2017), the first comprehensive analysis of the human rights of refugees set by the UN Refugee Convention and the International Bill of Rights. He is the founding editor of Cambridge Asylum and Migration Studies.

Professor Hathaway regularly advises and provides training to academic, nongovernmental, and official audiences around the world. He holds doctoral degrees honoris causa from the Université catholique de Louvain (2009) and the University of Amsterdam (2017).

Delivered the training program on a new unified screening mechanism for refugees and others in need of protection, Law Society of Hong Kong.

Presented "Genocidal Intent: Responding to the Rohingya Refugee Crisis" at the New York City Bar Association and led a roundtable discussion on creative answers to current protection challenges at the UNHCR Mission to the United Nations.

Presented "The Global Cop-Out on Refugees: Why the World Needs a Bold Plan to Save Refugee Protection" at the Center for Human Rights, Addis Ababa University, Ethiopia.

Presented "The False Panacea of 'Thin Protection': Why We Need a Bold Plan to Save Refugee Protection" at the National University of Singapore.

Led a discussion on "The Architecture of International Refugee Law" at the National Chengchi University School of Law, Taipei, Taiwan.

Delivered the keynote address on "In Search of Asylum: An Interdisciplinary Discussion" at the Society of Fellows in the Liberal Arts Weissbourd Conference, University of Chicago.

Delivered the keynote address on "Reconciling Refugee Law and Private International Law" at the Conference on Families Across Borders, Ghent University Faculty of Law, Ghent, Belgium.

Delivered the keynote address on the "Continued Relevance of the 1951 Refugee Convention" at the Emory International Law Review Symposium, Atlanta.

Presented "The False Panacea of 'Thin' Protection: Why We Need a Bold Plan to Save Refugee Protection" at the University of Manitoba School of Law's Distinguished Visitors Lecture Series, Winnipeg.

Gave the keynote address at the biennial meeting of the International Association for the Study of Forced Migration, Thessaloniki, Greece.

Was a visiting professor and taught an intensive course on the Convention refugee definition and delivered a public lecture on the need for a global system of refugee burden and responsibility sharing, University of Ljubljana Faculty of Law, Slovenia.

Presented "Is There a Duty on Refugees to Avoid Risk?" to judges of the Federal Court of Australia, Melbourne.

Met with refugees encamped in Nauru by Australia, advised the government on reform of its refugee laws, and trained the judges of both the refugee tribunal and Supreme Court, Nauru.