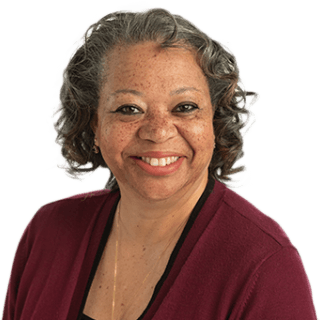 Susan D. Page was the first U.S. ambassador to the Republic of South Sudan and served as Assistant Secretary-General of the United Nations in Haiti, among other senior diplomatic roles. Most recently she was a visiting Professor of Practice at the Keough School of Global Affairs at the University of Notre Dame.

As ambassador to newly independent South Sudan from 2011-2014, Ambassador Page played a crucial role in navigating the instability and eventual eruption of civil war in the country and providing foreign policy options for change. She then went on to serve as chargé d'affaires to the U.S. Mission to the African Union/Acting Permanent Representative to the United Nations (UN) Economic Commission for Africa. She also played a key role in the multi-U.S. government agency Security Governance Initiative for Ghana in 2016.

In her time with the U.S. government, she also held a number of other important roles, including attorney-adviser for Politico-Military Affairs in the State Department's Office of the Legal Adviser, the United States Agency for International Development regional legal advisor in Kenya and Botswana covering East and Southern Africa, and political officer in Rwanda. She served as senior advisor to the special envoy for Sudan and South Sudan and Deputy Assistant Secretary of State for African Affairs before her posting as ambassador. She has received several top State Department awards for her service, including the Sue M. Cobb Award for Exemplary Diplomatic Service, the Commendation for Outstanding Service to the Sudan Peace Process and the Meritorious Honor Award for outstanding efforts in the promotion of the rule of law, human rights, and peace in the Great Lakes region of Africa.

Ambassador Page played a major role in peace processes and international negotiations. In the early 2000s, she was a legal and political advisor to the Horn of Africa's Intergovernmental Authority on Development Secretariat for Peace that mediated an end to Africa's longest running civil war. The peace agreement for Sudan led to a peaceful referendum for self-determination that created the new Republic of South Sudan in 2011. After the peace agreement was signed in 2005, Page created and led the Rule of Law and Corrections Advisory Unit at the UN peacekeeping mission in Sudan.

Her remarkable career also includes experience in civil society. Between 2007 and 2009, she served as regional director for Southern and East Africa at the National Democratic Institute—a prominent nongovernmental engaged in democracy promotion and linked to the U.S. Democratic Party.

She was awarded a Rotary International Postgraduate Fellowship to Nepal where she conducted research on women's and children's rights. In addition, she received certificates of merit and distinction from the University of St. Andrews in Scotland before attending law school. Ambassador Page is an elected member of the American Academy of Diplomacy, a board member of Road Scholar, and a member of the Association of Black American Ambassadors.