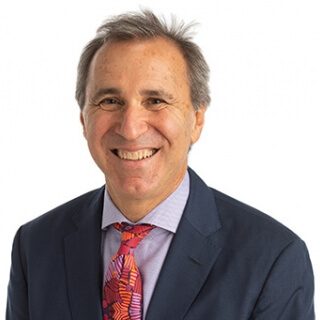 Steven R. Ratner, the Bruno Simma Collegiate Professor of Law, came to Michigan Law in 2004 from the University of Texas School of Law. His teaching and research focus on public international law and a range of disputes involving states, non-state armed groups, individuals, and corporations, including state and corporate duties regarding foreign investment, territorial conflicts, counter-terrorism strategies, ethnic conflict, and accountability for human rights violations.

He also is interested in the intersection of international law and moral philosophy and other theoretical issues. A member of the board of editors of the American Journal of International Law from 1998 to 2008, he began his legal career as an attorney-adviser in the Office of the Legal Adviser at the U.S. State Department. In 1998–1999, he was appointed by the UN secretary-general to a three-person group of experts to consider options for bringing the Khmer Rouge to justice; and in 2010–2011, he was a member of the UN's three-person Panel of Experts on Accountability in Sri Lanka, which advised the UN Secretary-General on human rights violations related to the end of the Sri Lankan civil war. He also has served in the legal division of the International Committee of the Red Cross in Geneva. Since 2009, he has been a member of the State Department's Advisory Committee on International Law. He also is a counsellor of the American Society of International Law and a member of the American Law Institute. He also has served as an expert on international investment law in various arbitrations. He established and directs the Law School's externship program in Geneva.

Permanent Missions of Japan and the United States to the United Nations in Geneva Brainstorming Session on Future Directions for a Treaty on Business and Human Rights, panelist, virtual from Geneva, Switzerland.

Spoke at the opening panel at the Launch Symposium of The Hague Rules on Business and Human Rights Arbitration at the Peace Palace in The Hague. The launch completes a two-year drafting process by a 14-person multinational, multi-stakeholder drafting team on which Ratner served.

Elected a counsellor of the American Society of International Law.

Presented "The Duty of Non-Aggravation in International Law" at the Hamad Bin Khalifa University College of Law and Public Policy Colloquium on The Order on Provisional Measures of the International Court of Justice in the Case of Qatar v. UAE of 23 July 2018, Doha, Qatar.

Attended the second meeting of the drafting team for The Hague Rules on Business and Human Rights Arbitration.

Co-presented "India's Decriminalization of Homosexuality: What Next?" at the University of Michigan Law School.

Presented "International Investment Law as a Site for Global (In-)Justice" at the annual meeting of the American Political Science Association, Boston.