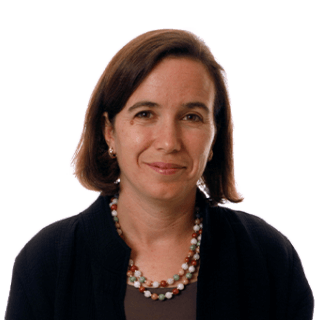 Professor Nina A. Mendelson, the Joseph L. Sax Collegiate Professor of Law, teaches and conducts research in the areas of administrative law, environmental law, statutory interpretation, and the legislative process.

Mendelson's work has been cited by U.S. Supreme Court justices (in dissent). She won the American Bar Association's Award for Scholarship in Administrative Law for the best article published in the preceding year for her 2010 article, "Disclosing Political Oversight of Agency Decision Making." She is a senior fellow of the Administrative Conference of the United States. She has served as one of three U.S. special legal advisers to the North American Free Trade Agreement Commission on Environmental Cooperation and is a member scholar at the Center for Progressive Reform.

Prior to joining the Michigan Law faculty in 1999, Mendelson served for several years as an attorney with the U.S. Department of Justice's Environment and Natural Resources Division, litigating and advising other federal agencies on legislative and policy matters. She also participated extensively in federal legislative negotiations. She has worked for the Senate Committee on Environment and Public Works and practiced law with Heller, Ehrman, White & McAuliffe of Seattle.

"The Permissibility of Acting Officials: May the President Work Around Senate Confirmation?"
Administrative Law Review
"Tribes, Cities, and Children: Emerging Voices in Environmental Litigation"
Journal of Land Use and Environmental Law
"Change, Creation, and Unpredictability in Statutory Interpretation: Interpretive Canon Use in the Roberts Court's First Decade"
Michigan Law Review
"Supervising Outsourcing: The Need for Better Design of Blended Governance"
Administrative Law from the Inside Out: Essays on Themes in the Work of Jerry L. Mashaw
END_OF_DOCUMENT_TOKEN_TO_BE_REPLACED

Served as a paper commenter at the Legislation Roundtable at the Yale Law School, New Haven, Connecticut.

Spoke on mass commenting on agency rule-making at the Administrative Conference of the United States conference, Washington, D.C.

Served as a senior commenter at the New Voices in Administrative Law conference, University of Michigan Law School, Ann Arbor.

Presented a paper on statutory interpretation at a faculty workshop, University of Colorado Law School.

Delivered a paper on outsourcing at a workshop, Vanderbilt Law School.