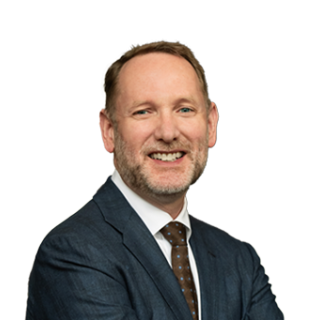 Mark D. West is the 17th dean and the Nippon Life Professor of Law at the University of Michigan Law School. He is one of the leading American scholars of the Japanese legal system.

During his deanship, Dean West has focused on enhancing student life and the broader intellectual community at the Law School. Early in his deanship, he worked with students, alumni, and donors to establish a program that guarantees summer funding for all first-year students. Dean West also has worked to ensure that every law student has the opportunity to participate in a legal clinic, including a new clinic that Dean West launched to provide legal services to U.S. veterans. Further, he collaborated with faculty and administrators to reform Michigan Law's curriculum. The new curriculum is designed to increase students' flexibility, better prepare them for legal practice in an evolving profession, and allow them to pursue their own intellectual interests.

Dean West's research interests lie primarily in Japanese law. He is the sole author of four books, including Law in Everyday Japan, and has coauthored two other books, including the leading casebook on Japanese law, The Japanese Legal System. His scholarship also has appeared in top journals in the United States and Japan. Dean West's early work focused on economic organization and corporate governance in Japan, examining such topics as shareholder derivative suits, the evolution of corporate law, and the nature of organized crime. He then turned to the role of law in Japanese society, as he explored defamation and honor, honesty and obedience to law, litigation and settlement, and the education and career development of Japanese lawyers. His most recent research examines the norms and constructs that are revealed through close readings of thousands of Japanese judicial opinions.

Dean West joined the Michigan Law faculty in 1998. He served as director of U-M's Center for Japanese Studies from 2003 to 2007, and as the Law School's associate dean for academic affairs from 2008 to 2013. He became dean in 2013. He has been an Abe Fellow at the University of Tokyo and a Fulbright Scholar and Fellow of the Japan Society for the Promotion of Science at Kyoto University. He also has served as a consultant to the World Bank and to various government offices in the United States and Japan.