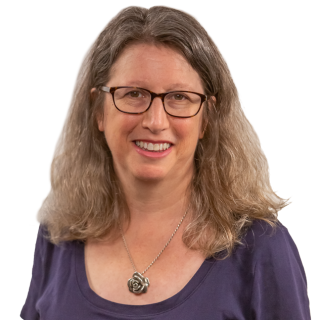 Professor Margo Schlanger, the Wade H. and Dores M. McCree Collegiate Professor of Law, is a leading authority on civil rights issues and civil and criminal detention. She joined the Law School faculty in fall 2009 and currently is on leave to serve as a civil rights advisor at the U.S. Department of Agriculture. She teaches Constitutional Law, Torts, and classes relating to civil rights and to jails and prisons. She also founded and runs the Civil Rights Litigation Clearinghouse. Previously, she had been a professor at Washington University in St. Louis and an assistant professor at Harvard University.

Schlanger is the author of dozens of law review and other scholarly articles, and is a frequent commentator online and in print on civil rights topics. She is the lead author of a leading casebook, Incarceration and the Law (West Academic Publishing, 2020), incarcerationlaw.com.

In addition to her research and writing, Schlanger does substantial work in civil rights litigation and prison and immigration reform. She has been appointed class counsel in Hamama v. Adducci, a national class action to ensure due process for Iraqi nationals whom the Trump Administration seeks to deport. She is the court-appointed monitor for a statewide settlement dealing with deaf prisoners in Kentucky, and she has served as an expert in numerous cases addressing detention conditions. She took a two-year leave from the University in 2010 and 2011, serving as the presidentially appointed Officer for Civil Rights and Civil Liberties at the U.S. Department of Homeland Security (DHS). As the head of civil rights and civil liberties for DHS, she was the Secretary's lead advisor on civil rights and civil liberties issues; in that capacity, she testified before Congress; chaired the Privacy, Civil Rights, and Civil Liberties Subcommittee of the federal Information Sharing Environment's Information Sharing and Access Interagency Policy Committee; chaired the Interagency Coordinating Council on Emergency Preparedness and Individuals with Disabilities; served on the first U.S. Delegation to the United Nations Universal Periodic Review; and met with community leaders and groups across America to ensure that their perspectives regarding civil rights and homeland security were considered in the Department's policy process. Later in the Obama Administration, she assisted in the development of DHS policies relating to reducing sexual abuse and the use of solitary confinement in immigration detention. She also served on the DHS's Advisory Committee on Family Residential Centers, which recommended abolishing family detention.

Schlanger earned her J.D. from Yale in 1993. While there, she served as book reviews editor of the Yale Law Journal and received the Vinson Prize. She then served as law clerk for Justice Ruth Bader Ginsburg of the U.S. Supreme Court from 1993 to 1995. From 1995 to 1998, she was a trial attorney in the U.S. Department of Justice Civil Rights Division, where she worked to remedy civil rights abuses by prison and police departments and earned two Division Special Achievement awards. Schlanger served on the Vera Institute's blue ribbon Commission on Safety and Abuse in America's Prisons, worked as an advisor on the development of proposed national standards implementing the Prison Rape Elimination Act, and testified before the Prison Rape Elimination Commission. She also served as the reporter for the American Bar Association's revision of its Standards on the Treatment of Prisoners, and as chair of the Association of American Law Schools Section on Law and the Social Sciences.

Served as class counsel in this federal lawsuit fighting the deportation of Iraqi nationals.

Appointed as the settlement monitor in Kentucky statewide civil rights lawsuit dealing with conditions of confinement for Kentucky’s deaf prisoners.

Presented, Mapping the Iceberg: The Impact of Data Sources on the Study of District Courts, Michigan Law & Econ workshop.