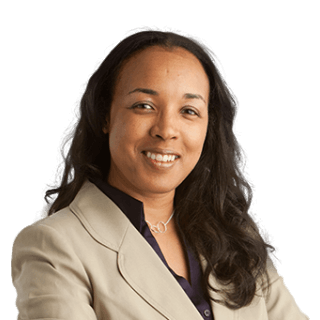 Laura N. Beny is the Earl Warren DeLano Professor of Law at the University of Michigan. She  has taught Corporate Finance, Enterprise Organization, International Finance, The Public Corporation, Law and Development, and Law and Finance since joining Michigan Law in 2003.

In fall 2018, Beny taught a custom-developed course titled Africa in the Global Legal System, the first of its kind among US law schools. This novel course integrated her research and teaching interests, which span Africa, law, economics, finance/capital markets, international development, and political economy. The course prepares students to embark upon legal, policy, business, and/or nonprofit careers that engage with the African continent from legal and strategic perspectives.

Beny’s research has been published in the American Economic Review, American Law and Economics Review, Journal of Corporation Law, and Harvard Business Law Review, among others. Additionally, her research has been cited in numerous print and digital media, including The Economist, The Age (Australia), and Global Risk Regulator, and has been referenced in congressional testimony. She is co-editor of the book Sudan’s Killing Fields: Political Violence and Fragmentation (Red Sea Press, 2014). Beny also has published many opinion pieces on Africa, particularly Sudan and South Sudan, in various international media, including Newsweek International, Africa.com, and Al Jazeera.

In 2007–2008, she served as a legal consultant to the Government of Southern Sudan before its independence from Sudan in 2011. In 2015, Beny was elected and served a two-year term on the executive committee of the University of Michigan International Institute’s African Studies Center. Before joining Michigan Law, she practiced at Debevoise & Plimpton, a global law firm based in New York City, where she provided legal counsel to both business and pro bono clients. She currently is serving as associate director of the U-M African Studies Center.

Participated in the Nobel Symposium at the U-M Center for Complex Systems along with other U-M scholars from various academic departments, University of Michigan.

A previously written article that appeared in the American Economics Review was cited in a Bloomberg article.

Nominated to serve another term as a member of the executive committee of the University of Michigan African Studies Center.