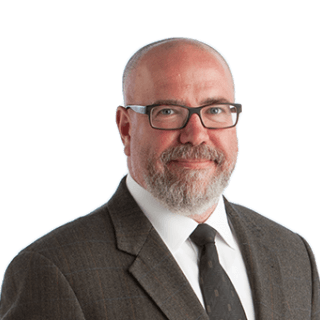 Professor Len Niehoff, ’84, is a professor from practice at Michigan Law, where he teaches Civil Procedure, Ethics, Evidence, First Amendment, Media Law, and Law & Theology. He also has taught short seminars on a wide variety of subjects, including the history of banned books and the Salem Witch Trials.

Niehoff has published more than 100 articles in law reviews and law journals, spanning the fields of constitutional law, evidence, litigation strategy, and ethics. He is also the author or co-author of several books, including Rights and Liabilities of Publishers, Broadcasters, and Reporters (McGraw Hill, 1982); Evidence Law (Foundation Press, 2016) and Free Speech: From Core Values to Current Debates (Cambridge University Press, 2022). He has been quoted as an authority on legal and policy issues by many major media entities, including the New York Times, the Washington Post, the Wall Street Journal, the Huffington Post, Politico, and National Public Radio. He has written dozens of editorials for leading newspapers and online outlets, including an eleven-part educational series for The Detroit News on the Bill of Rights.

Additionally, Niehoff is of counsel to the Honigman law firm and is a nationally recognized practitioner in three different fields: media law, higher education law, and trial and appellate litigation. For more than 35 years, he has represented print, broadcast, and online media entities in libel, privacy, and access cases. This has included assistance with reporting that has won a Pulitzer Prize and a Peabody Award. He also has represented colleges and universities in numerous cases, mostly involving constitutional issues. Among other things, he served on the team that represented the University of Michigan in its historic defense of its affirmative action programs in the Gratz and Grutter cases before the Supreme Court of the United States. He also practices as a litigation and appellate generalist and has argued cases before the Michigan Supreme Court and the U.S. Court of Appeals for the Sixth Circuit involving a wide array of tax, energy, and commercial issues.

He is a member of the Michigan Supreme Court Advocates Guild, the editorial board of the American Bar Association Litigation Journal, and the governing committee of the American Bar Association Forum on Communications Law. In 2021, the Michigan Supreme Court appointed him to co-chair its task force on media access and privacy in online judicial proceedings. He is a Life Fellow of the Michigan and American Bar Foundations and a fellow of the Romney Institute for Law & Public Policy. He also holds a faculty affiliation with the Law School’s Law and Ethics Program and serves as the ethics advisor to the Michigan Innocence Clinic.

In addition to his academic degrees, he studied at the Ecumenical Theological Seminary in Detroit.

"When to Be Objectionable… And How Not to Be an Artless Clay-Brained Pignut"
Litigation
"Are We There Yet? Discovery for the New Litigator"
GPSolo
Free Speech: From Core Values to Current Debates
"The Stoic Litigator"
Litigation
END_OF_DOCUMENT_TOKEN_TO_BE_REPLACED

Moderated the panel discussion, "Catch and Kill: Does the First Amendment Protect the Right to Buy a Story to Bury It?," at the annual meeting of the American Bar Association Forum on Communications Law, Miami.

Presented "Privacy in Public Spaces: What is Private in the Digital Age?" at the Privacy@Michigan symposium, University of Michigan.

Participated in the panel discussion, "Ethics for Media Lawyers," at the Communications Law in the Digital Age seminar conducted by the Practicing Law Institute, New York City.

Presented "Employee Free Speech" and participated in a panel discussion on "Free Speech on Campus" at the 28th Annual Legal Issues in Higher Education Conference, University of Vermont.

Served as a moderator and panelist at the session, "Tweeters Gone Wild: The Ethical and Legal Consequences of Robust and Unrestrained Speech by Litigants and Lawyers Addicted to Social Media," at the 31st Annual Media and the Law Seminar, University of Kansas School of Law.

Presented his paper, "Of Bee Stings, Mud Pies, and Outhouses: Exploring the Value of Satire Through the Philosophy of Useful Untruths," at The State of Our Satirical Union: Hustler Magazine, Inc. v. Falwell at 30 Symposium, Silha Center for the Study of Media Ethics and the Law, University of Minnesota.

Served as a moderator for the panel, "Hot Issues in Ethics," at the annual meeting of the American Bar Association Forum on Communications Law, Napa Valley, California.

Presented "The Free Speech Rights of Employees" at the Free Speech and Campus Unrest Workshop sponsored by the National Association of College and University Attorneys, New Orleans.