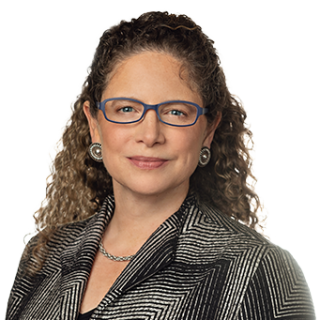 Bennoune served as the UN special rapporteur in the field of cultural rights from 2015 to 2021. She also was appointed as an expert for the International Criminal Court in 2017 during the reparations phase of the groundbreaking case The Prosecutor v. Ahmad Al Faqi Al Mahdi, which concerned intentional destruction of cultural heritage sites in Mali.

Since 2018, she has been a member of the Board of Editors of the American Journal of International Law (AJIL), and in 2021 she also joined the editorial team of AJIL Unbound, the journal’s electronic publication. A former legal adviser for Amnesty International, she has carried out human rights missions in most regions of the world.

From 2012 to 2022, Bennoune served on the faculty of the University of California, Davis School of Law, becoming the Homer G. Angelo and Ann Berryhill Endowed Chair in International Law and a Martin Luther King Jr. Professor of Law. Previously, she taught at the Rutgers School of Law-Newark, where she was professor of law and the Arthur L. Dickson Scholar. She received the Chancellor’s Distinguished Research Award.

Her book, Your Fatwa Does Not Apply Here, received the 2014 Dayton Literary Peace Prize for nonfiction. Released by W.W. Norton & Company in August 2013 and in paperback in 2014, the book addresses the work of many people of Muslim heritage against extremism and terrorism. The related field research took her to numerous countries, including Afghanistan, Algeria, Egypt, Mali, Niger, Pakistan, and Russia. The TED talk based on the book, “When people of Muslim heritage challenge fundamentalism,” has received more than 1.5 million views.

Her article, “Terror/Torture,” was designated one of the top 10 global security law review articles of 2008 by Oxford University Press. Her topical writing has been published by the New York Times, San Francisco Chronicle, the Huffington Post, Open Democracy, and Reuters.

In 2007, Bennoune became the first Arab-American to win the Derrick Bell Award from the Association of American Law Schools Section on Minority Groups. She received the 2016 Rights and Leadership Award from the International Action Network for Gender Equity & Law (link is external). In 2017, she was named one of the Lawdragon 500 Leading Lawyers in America. She has been a member of the Executive Council of the American Society of International Law. Currently, she sits on the Scholar Advisory Board of Muslims for Progressive Values.