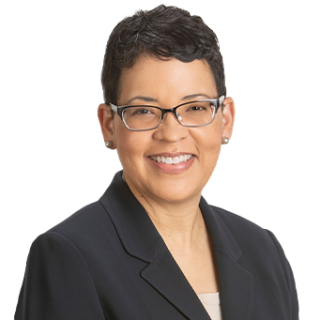 Elise C. Boddie is the James V. Campbell Professor of Law at the University of Michigan Law School. Her scholarship explores the regulation and production of race in spatial contexts and dynamic systems that perpetuate racial inequality. She teaches constitutional law, state and local government law, and civil rights.

In 2012, the Law and Society Association awarded Boddie the John Hope Franklin Prize for her article, “Racial Territoriality,” which appeared in the UCLA Law Review. She also has published in the Columbia Law Review, University of Chicago Law Review, Vanderbilt Law Review, the North Carolina Law Review, the University of Pennsylvania Journal of Constitutional Law, the Harvard Law Review Forum, the UCLA Law Review Discourse, and the Iowa Law Review Bulletin. Her commentary has been published multiple times in The New York Times and SCOTUSblog, and in the Washington Post, the TakeCareBlog, Salon, Slate, and the Huffington Post, among other news outlets. She has appeared in national and international news programs, including a BBC documentary, "The Black American Fight for Freedom," which was released in the U.S. in June 2021.

Professor Boddie’s work bridges diverse disciplines and practices of scholarship, teaching, community, and service and is widely cited and discussed in both academic and non-academic circles. She is a frequent public speaker who has lectured to audiences around the country. Prior to joining the Michigan Law faculty, she was a professor at Rutgers University. While at Rutgers, she founded and directed The Inclusion Project, which engaged with communities, students, faith leaders, educators, and researchers in a multisector initiative to build equitable education systems in New Jersey public schools.

Professor Boddie was elected to the American Law Institute in 2017 and as an American Bar Foundation Fellow in 2019. In 2021, President Biden appointed her to the Presidential Commission on the Supreme Court of the United States. At the invitation of the American Law Institute, she participated during the spring of 2022 in a small bipartisan group that was convened to propose reforms to the federal Electoral Count Act.

Before joining the Rutgers faculty, Professor Boddie was the director of litigation for the NAACP Legal Defense & Educational Fund Inc. (LDF) and supervised its nationwide litigation program, including its advocacy in several major U.S. Supreme Court and federal appellate cases involving voting rights, affirmative action, and fair housing. From 1999 to 2005, she litigated affirmative action, employment, economic justice, and school desegregation cases in federal district courts and in federal courts of appeals. During this period, she served as LDF’s director of education and as an associate director of litigation. She has served in leadership positions on the national board of the American Constitution Society and on the board of the New Jersey Institute for Social Justice. During the 2016 presidential campaign, she was the coordinator for Hillary Clinton's Civil Rights & Racial Justice Working Policy Group,

Earlier in her career, Professor Boddie litigated at Fried, Frank, Harris, Shriver & Jacobson in its New York office as the first recipient of the Fried, Frank/LDF fellowship. She also has taught at New York Law School and at Fordham Law School as a visiting assistant professor.