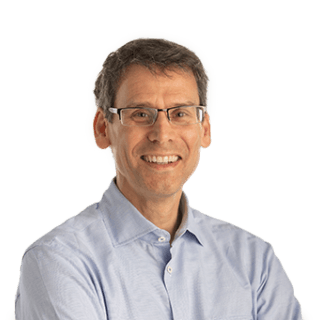 Daniel Halberstam, the Eric Stein Collegiate Professor of Law, teaches U.S. Constitutional Law, European Union Law, Comparative Constitutional Law, and Global Governance. From 2017-2020 he served as the Law School’s associate dean for faculty and research. An internationally recognized expert on constitutional law and federalism, and one of the principal architects of the theory of constitutional pluralism, he writes more generally about comparative public law and legal theory.

Professor Halberstam was the founding faculty director of the University’s EU Center in 2000, and continues to serve as director of the Law School's European Legal Studies Program. He lectures regularly throughout Europe, having held a position as external professor in the European Law Department at the College of Europe, Bruges, from 2007 to 2016, and delivered the General Course on the European Union at the European University Institute in Florence in 2012. Professor Halberstam was a Fellow at the Institute for Advanced Study (Wissenschaftskolleg), Berlin, subsequently joined the Institute's advisory board, and currently serves on Germany’s joint federal-state university excellence commission. He also serves on several advisory editorial boards, including the Common Market Law Review.

Professor Halberstam was a member of the legal team in the Brexit litigation in the UK Supreme Court, convened a closed-door working group in Berlin of European policymakers and officials on EU accession to the European Convention on Human Rights, and serves on the academic steering committee of the Luxembourg Forum, which brings together the justices of the U.S. Supreme Court and the Court of Justice of the European Union for joint meetings.

Professor Halberstam joined the Michigan Law faculty from the U.S. Department of Justice, where he served in the Office of Legal Counsel during the Clinton administration. Professor Halberstam served as attorney-adviser to Federal Trade Commission Chairman Robert Pitofsky. He also was a judicial fellow for Judge Peter Jann at the European Court of Justice.

Served as a member of the German government's federal-state Excellence Commission on University Funding, Bonn.

Participated as a member of the German Joint Federal/State Commission to fund "Excellence Clusters" at German universities, Bonn.

Presented a paper on judicial review in France at the Revolutionary Constitutionalism conference, Yale Law School.

Participated as an external editor at a workshop on German constitutionalism, Konrad Adenauer Stiftung, Cadenabbia, Italy.

Presented "The Timing of Elections in the European Union: A Comparative Federal Analysis" at the European Election Day Workshop, The Graduate Institute, Geneva.

Presented "Constitutionalism and Pluralism in Europe (Even After Brexit)" at the Normative Orders Cluster, Goethe University, Frankfurt.

Presented "'The Right to be Forgotten' in Comparative Perspective" at the Luxembourg Forum, U.S. Supreme Court, Washington, D.C.