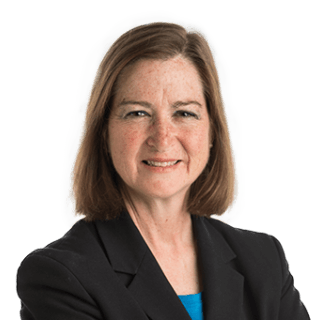 Professor Barbara L. McQuade, BA '87, JD '91, is a professor from practice. Her interests include criminal law, criminal procedure, national security, data privacy, and civil rights. From 2010 to 2017, McQuade served as the U.S attorney for the Eastern District of Michigan. Appointed by President Barack Obama, she was the first woman to serve in her position.

McQuade also served as vice chair of the Attorney General's Advisory Committee and co-chaired its Terrorism and National Security Subcommittee. As U.S. attorney, she oversaw cases involving public corruption, terrorism, corporate fraud, theft of trade secrets, civil rights, and health care fraud, among others. She also serves as a legal analyst for NBC News and MSNBC. Her work has appeared in The Washington Post, Foreign Policy, Lawfare, Just Security, Slate, and National Public Radio, and she has been quoted in The New York Times, Time, Newsweek, Politico, and other publications.

Before becoming U.S. attorney, McQuade served as an assistant U.S. attorney in Detroit for 12 years, serving as deputy chief of the National Security Unit, where she handled cases involving terrorism financing, export violations, threats, and foreign agents. She began her career practicing law at the firm of Butzel Long in Detroit. McQuade previously taught at the University of Detroit Mercy School of Law.

McQuade has been recognized by the Detroit Free Press with the Neal Shine Award for Exemplary Regional Leadership, The Detroit News with the Michiganian of the Year Award, Crain's Detroit Business as a Newsmaker of the Year and one of Detroit's Most Influential Women, the Detroit Branch of the National Association for the Advancement of Colored People and Arab American Civil Rights League with their Tribute to Justice Award, and the Council on Legal Education Opportunity with their Diversity Award.

Speaker, “What We Can Learn from the Troubles,” Incorporated Society of Irish-American Lawyers.

Speaker, "Mueller and the Tools of the Federal Prosecutor," B'Nai Moshe.

Wrote "The Call is Coming from Inside the House! Homegrown Extremism is Here," Just Security.

Speaker, "Seeing is Believing: A Vision for Women in Leadership," Susan B. Anthony Dinner, University of Michigan-Dearborn.

Panelist, "Apple and the FBI: Encryption, Security, and Civil Liberties," University of Michigan.