The Human Trafficking Clinic (HTC) at the University of Michigan Law School has been awarded a $500,000 grant from the U.S. Department of Justice (DOJ) to train Michigan prosecutors on how to better represent individuals who have experienced human trafficking and sexual assault or domestic violence. 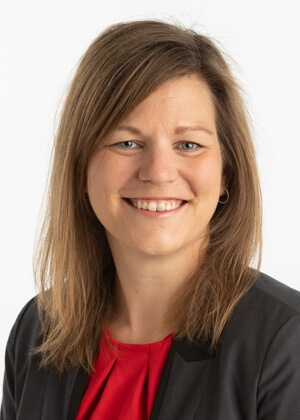 The three-year grant will enable the HTC to provide in-person and web-based trainings to members of the Prosecuting Attorneys Association of Michigan, a nonprofit organization that includes 83 county prosecutors, the attorney general, and U.S. attorneys serving in Michigan.

"The reality is that we are still criminalizing victims of human trafficking in some contexts. When we're trying to take a snap shot of victimization, we need more time than a split-second interaction, because the conclusion we make isn't going to match up with what we expect a victim to look like," said Elizabeth Campbell, '11, clinical assistant professor of law in the HTC and the main author of the grant proposal.

"Oftentimes, prosecutors are looking for what we call the 'perfect victim,' and when they don't see that, they don't bother to assess whether a person could potentially be a victim of human trafficking. The grant will allow us to train prosecutors to do a better job of identifying those victims and not charging them criminally. We'll also be working to ensure that when prosecutors are going after traffickers, they are doing so in a victim-centered way that allows victims' rights to be protected."

This is the third grant the DOJ has awarded the HTC, Campbell noted. To date, the clinic has received more than $1.5 million in funding from the Justice Department. Two previous $500,000, three-year grants funded a partnership between the HTC and the Michigan Coalition to End Domestic and Sexual Violence and the U-M Sexual Assault Prevention and Awareness Center. Both partnerships focused on improving services to victims of human trafficking in Michigan.

In addition to training prosecutors, the new grant will allow the HTC to continue its work of helping to expunge prostitution convictions from the records of survivors of human trafficking. Michigan legislation that took effect in 2015 makes these expungements possible. About 40 percent of the HTC's cases involve the removal of prostitution convictions, Campbell said.

"We don't know for sure, but it's possible we are the only office in the state that has submitted expungement applications based on this particular provision," Campbell said. "It's a niche practice, and we've been able to help survivors who were victimized more than 30 years ago and have gone on to lead productive lives but wanted their records cleared."

The expungements complement the immigration-based legal services the HTC provides to clients, making for a "robust clinical experience" for students, Campbell said. "The nice part about the expungement practice is that it has expanded the opportunities we can provide to students. They make a courtroom appearance that allows them to present an argument before a judge on behalf of their client. It's a very different practice than our immigration work, which is administrative law."