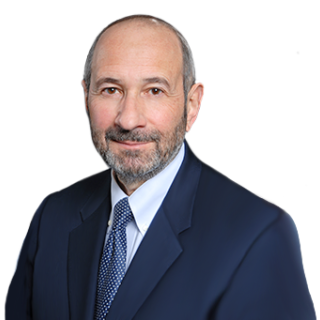 Zachary Fasman, ’72, is a visiting professor at the University of Michigan Law School. He practiced labor and employment law exclusively from his graduation from the Law School. He became interested in labor law as a student at Michigan Law, where he was the first research assistant to work with Professor (later Circuit Judge) Harry T. Edwards, ’65. He practiced law in Chicago, Washington D.C., and New York and was a partner at Seyfarth Shaw, Paul Hastings, and Proskauer Rose.

Professor Fasman has taught labor law and employment discrimination law at New York University Law School and continues to teach employment discrimination law to members of the federal judiciary through the Federal Judicial Center and NYU Law School, where he is an emeritus member of the Advisory Board of the NYU Center for Labor and Employment Law. He has lectured at numerous law schools on labor and employment law, appellate advocacy, and legal ethics and has been a frequent speaker at the NYU Conference on Labor. Professor Fasman has written three books in the field, is the co-author of the new (2022) edition of a well-known employment law textbook, and has written many articles on labor and employment law. He has an active mediation and arbitration practice in addition to teaching.

While in practice, Professor Fasman was national co-chair of the employment discrimination law practice at Paul Hastings. He handled scores of employment law cases, ranging from nationwide class and collective actions to individual claims, and tried many employment discrimination cases. He worked extensively with Congress and the White House on the Civil Rights Act of 1991 and the Americans with Disabilities Act, publishing the first book on that statute shortly after its passage. He also has extensive experience in labor law and before the NLRB, and successfully argued Golden State Transit Corp. v City of Los Angeles, 475 U.S. 608 (1986) and Golden State Transit Corp. v City of Los Angeles, 493 U.S. 103 (1989). He has written many amicus curiae briefs to the Supreme Court on labor and employment law issues. v