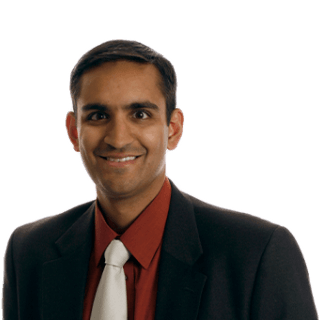 Professor Vivek Sankaran, '01, advocates for the rights of children and parents involved in child welfare proceedings. His work focuses on improving outcomes for children in foster care by empowering their parents and strengthening decision-making processes in juvenile courts.

A clinical professor of law at the University of Michigan Law School, Sankaran directs both the Child Advocacy Law Clinic and the Child Welfare Appellate Clinic, through which law students represent children and parents in trial and appellate proceedings. Sankaran has written numerous articles focused on improving the child welfare system and has litigated cases before the Michigan Supreme Court. In addition, he conducts state and national trainings and works on child welfare initiatives with various national groups, including the American Bar Association, Casey Family Programs, and the National Center for State Courts.

After graduating from Michigan Law in 2001, Sankaran received a Skadden Fellowship to represent children at The Children's Law Center in Washington, D.C., where he remained until 2005, when he joined the Law School faculty. In 2009, Sankaran founded the Detroit Center for Family Advocacy, the first organization in the country to provide multidisciplinary legal assistance to families to prevent the unnecessary entry of children into foster care. In 2011, he was named Michigan's Parent Attorney of the Year. Most recently, Sankaran co-edited both the first national book for family defense lawyers and the third edition of Child Welfare Law and Practice, a widely recognized resource used by child welfare lawyers across the country.

Presented "In re Ferranti and its Aftermath" at the Family Division Referee Seminar sponsored by the Michigan Judicial Institute, Lansing, Michigan.

Presented "How to Create a Trauma-Responsive Courtroom: What to Expect From Your Attorneys" at the Alia Judges' Summit, Minneapolis.

Facilitated a panel discussion on "IVE Reimbursement for Parent and Children's Attorneys: A Prevention Tool to Support Families Through Legal Representation" at the National Council of Family and Juvenile Court Judges Conference, Orlando.

Spoke at a panel discussion, "Death by a Thousand Cuts: Recent Trends in Family Law," at the NAACP National Convention, Detroit.

Presented "A Revolution of Values—Three Fundamental Principles that Should Guide Child Welfare Reform" and "Legal Representation as a Prevention Strategy" at the Wyoming Joint Symposium on Children and Youth, Cheyenne.

Presented "The Legal Representation as a Prevention Tool" at the Courts as Critical Partners in Navigating Prevention Through Permanency Conference, Atlanta.

Served on the faculty of the National Legal Aid and Defenders' Association Appellate Training, New Orleans.

Co-presented "Separating Children From Their Parents" at the Michigan Statewide Conference on Abuse and Neglect, Plymouth, Michigan.