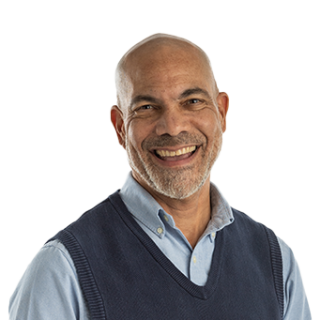 Professor Sherman J. Clark, the Kirkland & Ellis Professor of Law, joined the Michigan Law faculty in 1995 and teaches courses on torts, evidence, and sports law. His current research focuses on the ways in which legal rules and institutions may have an impact on character, and thus on the extent to which we thrive.

Law and politics, Clark believes, can have an impact—often indirect and inadvertent, but real—on the kind of people we become; and that, in turn, can have an impact—difficult to describe and quantify, but potentially profound—on how well and fully we are able to live. In this vein, drawing on classical philosophy, modern positive psychology, political theory, literature, and law, he has written about institutions and practices ranging from direct democracy to the jury to criminal procedure. Clark is also interested in legal education, and seeks to reject the false dichotomy between practical and theoretical ways of approaching the study of law—between pragmatic professional training and humane liberal education. He has argued that being a good lawyer and being thoughtful about the law are not opposites, or even things to be balanced, but are rather things that can and ought to go hand in hand. In addition to his teaching and research interests, Clark served as an adviser to lawyers for Wayne County, Michigan, and the City of Detroit in their efforts to hold gun manufacturers liable for allegedly negligent distribution practices. The legal theory he articulated, known as willful blindness, focused on the manufacturers' alleged knowing exploitation of a thriving secondary market in the indirect sale of firearms to felons and minors.  He practiced in Washington, D.C., with the law firm of Kirkland & Ellis.

"Certain Simple Stories"
Engaging Populism: Democracy and the Intellectual Virtues
"An Apology for Lawyers: Socrates and the Ethics of Persuasion"
Michigan Law Review
"The City and the Soul: Character and Thriving in Law and Politics"
University of Michigan Journal of Law Reform
"Work Only We Can Do: Professional Responsibility in an Age of Automation"
South Carolina Law Review
END_OF_DOCUMENT_TOKEN_TO_BE_REPLACED