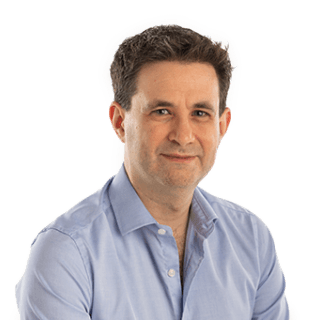 Professor Scott Hershovitz is the Thomas G. and Mabel Long Professor of Law and a professor of philosophy at the University of Michigan. He directs Michigan’s Law and Ethics Program and he is a co-editor of the journal Legal Theory.

Hershovitz is interested in philosophical questions related to law. He writes about the nature of law, the obligation to obey the law, the rule of law, and authority, among other topics. Hershovitz also writes about tort law; his work has focused on the ways that damages do (and don’t) right wrongs. His book about jurisprudence, Law is a Moral Practice, will be published by Harvard University Press in 2022.

Prior to joining the faculty at Michigan, Hershovitz was an attorney-adviser on the appellate staff of the Civil Division of the U.S. Department of Justice. His publications include “The Search for a Grand Unified Theory of Tort Law” (Harvard Law Review, 2017), "The End of Jurisprudence" (Yale Law Journal, 2015), "The Model of Plans and the Prospects for Positivism" (Ethics, 2014), and "Harry Potter and the Trouble with Tort Theory" (Stanford Law Review, 2010). He also wrote about Taylor Swift for The New York Times, where he occasionally publishes Op-Eds on philosophy.

Nasty, Brutish, and Short: Adventures in Philosophy with My Kids
"Treating Wrongs as Wrongs: An Expressive Argument for Tort Law"
Journal of Tort Law
"Wrongs Without Rights"
Jotwell
"The Search for a Grand Unified Theory of Tort Law"
Harvard Law Review
END_OF_DOCUMENT_TOKEN_TO_BE_REPLACED