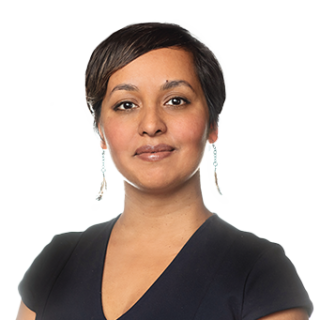 Sanjukta Paul studies, writes and teaches in the fields of labor and antitrust, and more broadly regarding issues of law and market governance. She is currently completing a book project entitled Solidarity in the Shadow of Antitrust: Labor and the Legal Idea of Competition, which reinterprets major developments in the history of antitrust law in relation to labor and workers. A central theme of the book is that the notion that the aims of competition law are basically in tension with the practices and institutions of labor cooperation is of far more recent and contested origin than commonly understood. A re-examination of key developments suggests an alternative vision of competition law that works in concert with labor coordination rather than at cross-purposes.

Professor Paul previously practiced law for several years, serving as lead counsel or co-lead counsel on numerous cases on behalf of workers and civil rights plaintiffs, and also has significant experience with the labor union and nonprofit sectors. She served as a research and teaching fellow at UCLA School of Law, where she taught and directed the Workers Rights Litigation Clinic, and was then an assistant professor at Wayne State University before joining Michigan Law in 2022.

Paul’s scholarship has appeared or will appear in a number of law reviews, including the University of Chicago Law Review, the Michigan Law Review, Yale Law Journal, the UCLA Law Review, Law & Contemporary Problems, and the Berkeley Journal of Employment & Labor Law. She has also co-edited a transnational comparative law volume called Labor in Competition Law (Cambridge, 2022). Her work has been recognized by grants or awards from the Institute for New Economic Thinking, the Colloquium on Scholarship in Employment & Labor Law, the Jerry S. Cohen Award for Antitrust Scholarship, and Wayne State University.

She has written for broader audiences in periodicals such as the Los Angeles Times, Boston Review, Dissent, The American Prospect, The Nation, Barron’s, and in law and economic policy blogs. She has also presented her research in numerous policy settings, and authored and assisted with amicus briefs. Her work has been cited by the Federal Trade Commission and by a committee of the U.S. House of Representatives, among others.