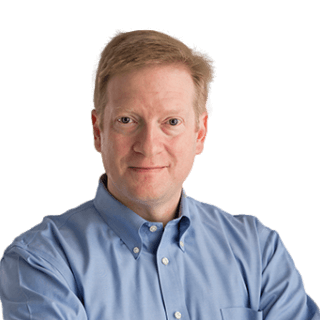 Samuel Bagenstos, the Frank G. Millard Professor of Law at the University of Michigan, specializes in constitutional and civil rights litigation. He currently serves as general counsel of the US Department of Health and Human Services and is on leave from the University.

From 2009 to 2011, Bagenstos was a political appointee in the US Department of Justice, where he served as the principal deputy assistant attorney general for civil rights, the number two official in the Civil Rights Division.

His accomplishments include the promulgation of the 2010 Americans with Disabilities Act (ADA) regulations—the first comprehensive update of those regulations since they were first promulgated in 1991—and the reinvigoration of the Civil Rights Division’s enforcement of the US Supreme Court’s decision in Olmstead v. L.C., which guarantees people with disabilities the right to live and receive services in the most integrated setting appropriate. He led the negotiations of significant Olmstead settlements with the states of Delaware and Georgia, which guarantee appropriate, community-based services to thousands of people with disabilities. He also personally argued major cases in federal district courts and courts of appeals.

Bagenstos frequently consults with civil rights organizations and remains an active appellate and US Supreme Court litigator in civil rights and federalism cases. He has argued four cases before the Supreme Court, including Young v. United Parcel Service, 135 S. Ct 1338 (2015), which established new protections for pregnant workers, and United States v. Georgia, 546 U.S. 151 (2006), which upheld, as applied to his client’s case, the constitutionality of Title II of the ADA.

Bagenstos also has testified before Congress on several occasions, including in support of the Fair Pay Restoration Act, the ADA Amendments Act, the Employment Non-Discrimination Act, and the Convention on the Elimination of All Forms of Discrimination Against Women, as well as on the application of the ADA to advancing technology and the problem of mental illness in prisons.

Bagenstos is actively involved in public and community affairs, both in Ann Arbor and statewide. Pursuant to an appointment by Gov. Gretchen Whitmer, he served as chair of the Michigan Employment Relations Commission, the state agency that enforces the rights of public employees to unionize and collectively bargain. Pursuant to an appointment by Mayor Christopher Taylor, he served as a member of the Ann Arbor Housing Commission. He is also a frequent cooperating attorney with the ACLU of Michigan.

Before joining the Michigan Law faculty, Bagenstos was a professor of law at Washington University School of Law and, from 2007 to 2008, served as associate dean for research and faculty development at the university. He has been a faculty member at Harvard Law School and was a visiting professor at University of California, Los Angeles School of Law.

Successfully argued for the petitioner before the US Supreme Court, establishing new protections for pregnant workers.

Successfully argued for the petitioners before the US Supreme Court, easing the way for kids with disabilities to assert their rights in court.

Successfully argued for the plaintiff before the US Supreme Court, affirming the constitutionality of Title II of the Americans with Disabilities Act, as applied in the case of a prisoner who used a wheelchair.

In re Flint Water Cases

In re Certified Questions (Midwest Inst. of Health v. Governor)

Argued in the Michigan Supreme Court on behalf of the Michigan House Democratic Caucus in defense of Gov. Gretchen Whitmer’s COVID emergency orders.

Presented at the Fordham Urban Law Journal symposium on "Urban Cities and Accessibility."

Presented at the Georgetown Journal of Poverty Law and Policy symposium on "Fulfilling Olmstead: Community Living for People with Disabilities."

Presented at the Stanford Law Review's Symposium on "Judicial Independence."

Presented at the UDC Law Review's Symposium on "Disability Rights: Past, Present, and Future."

Presented "Choice, Coercion, and Employment Law" at the Fourteenth Annual Colloquium on Scholarship in Employment and Labor Law held at the University of Nevada Las Vegas.