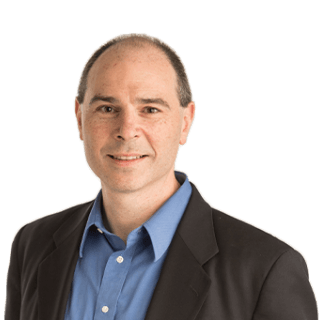 Richard Primus, the Theodore J. St. Antoine Collegiate Professor of Law, teaches the law, theory, and history of the US Constitution. In 2008, he won the first-ever Guggenheim Fellowship in Constitutional Studies for his work on the relationship between history and constitutional interpretation. Primus is now a senior editorial adviser of the Journal of American Constitutional History.

His writing has appeared in many leading law reviews as well as in The New York Times, The Atlantic, Politico, The New Republic, and Foreign Affairs. Opinions of the justices of the US Supreme Court have cited his scholarship.

Primus works with constitutional law on the state level as well as the federal. He has helped state governmental agencies, nonprofit organizations, and private businesses solve practical problems involving state-level constitutional law, both in Michigan and in other states.

He is a founding member of the Academic Freedom Alliance and a member of the Board of Advisors of Protect Democracy, a nonpartisan organization dedicated to fighting threats to free and fair self-government.

Primus practiced law in the Washington, DC, office of Jenner & Block before joining the Michigan Law faculty in 2001.

Testified as a constitutional expert at the U.S. Senate Committee on Homeland Security and Governmental Affairs hearing on D.C. Statehood.

Co-organizer of the Symposium on the Federalist Constitution, held under the auspices of the Fordham Law Review.

Spoke about originalism and living constitutionalism in connection with the PBS project "A More or Less Perfect Union," Hillsdale College.

Featured speaker on constitutional interpretation (in debate with Randy Barnett)​ at the U.S. Supreme Court, which was sponsored by the Guggenheim Foundation and the Supreme Court Historical Society, May 2018.

Participant in the Roundtable on Constitutional Norms, Duke Law School.

Invited commentator at the Cooley Symposium sponsored by the Center on the Constitution, Georgetown Law School.

Presented "Enumerated Powers and the Bank of the United States" at the Works-in-Progress Conference, Center for the Study of Originalism, University of San Diego.