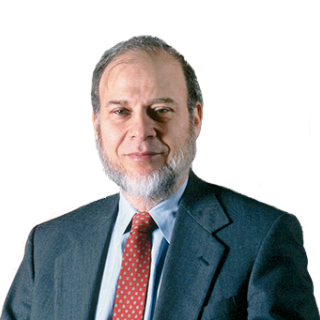 Professor Richard O. Lempert is the Eric Stein Distinguished University Professor Emeritus of Law and Sociology. In the 1993-1994 academic year, he served as acting chair of the Department of Sociology at the University of Michigan, and from 1995- 1998 he was chair of the department.

Lempert is particularly concerned with the problem of applying social science research to legal issues. This is reflected in much of his work, particularly his work on juries, capital punishment, and the use of statistical and social science evidence by courts, as well as in his service as an original panelist in the National Science Foundation's Law and Social Science Program and with the National Research Council's Committee on Law Enforcement and the Administration of Justice, which he chaired from 1987-1989. He is co-author (with Joseph Sanders) of An Invitation to Law and Social Science and co-editor (with Jacques Normand and Charles O'Brien) of Under the Influence? Drugs and the American Work Force. From 1982-85, he edited the Law & Society Review. He is a recipient of the Law Society Association's Harry Kalven Jr. Prize for outstanding socio-legal scholarship and has held visiting fellowships at the Center for Advanced Study in the Behavioral Sciences and at the Russell Sage Foundation. In 1993 he was elected a fellow of the American Academy of Arts and Sciences. He currently serves as the secretary of Section K of the American Association for the Advancement of Science. Between 2002 and 2006, while on leave from the Law School, he served as division director for the social and economic sciences at the National Science Foundation, and after taking emeritus status, he spent three years as the chief scientist and basic research lead in the Human Factors/Behavioral Sciences Division of the Department of Homeland Security's Science and Technology Directorate.

In addition to his socio-legal teaching, Lempert teaches evidence and is co-author of A Modern Approach to Evidence and edited the volume Evidence Stories. He has also written a number of articles in the field of evidence law, including a series of articles on statistical and other issues posed by DNA evidence and an early piece that called the field's attention to the possibility of using Bayes' Theorem as a model for thinking about issues of relevance and proof.  Recently he has been co-investigator (with Shari Diamond) on a survey study exploring how scientists relate to the legal system and, with Diamond, organized and edited a special issue of Daedelus addressing issues at the intersection of science and the law.