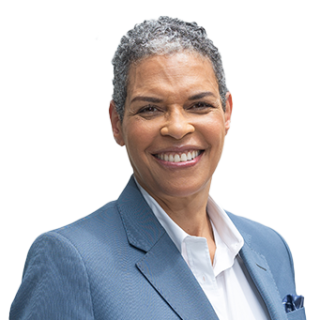 Michelle Adams is the Henry M. Butzel Professor of Law at the University of Michigan Law School. Her research centers on race discrimination, school desegregation, affirmative action, and housing law.

Adams has published in The Yale Law Journal, California Law Review, Texas Law Review, and other scholarly journals. Her work also has appeared in the popular media, including a piece in The New Yorker commemorating the 50th anniversary of the Fair Housing Act. In addition, she has appeared as an expert commentator on the Netflix series Amend: The Fight for America.

Adams is working on a forthcoming book, The Containment: Detroit, The Supreme Court, and the Battle for Racial Justice in the North, which tells the story of the critical desegregation struggle that ended the Brown v. Board of Education era. The book will be published by Farrar, Straus and Giroux.

Adams teaches Constitutional Law, Federal Courts, Federal Civil Rights Law, Race and the Law, and related courses. Before joining Michigan Law, she was the co-director of the Floersheimer Center for Constitutional Democracy at the Benjamin N. Cardozo School of Law. In 2017, she created Cardozo Law’s first real-time “pop up” course, The First 100 Days: The Trump Administration & The Rule of Law. From 2010 to 2013, she served as a board member of the Innocence Project. Most recently, she was named Professor of the Year by Cardozo’s 2022 graduating class.

Before joining the Cardozo faculty, Adams was a professor of law at Seton Hall University and a staff attorney at the Legal Aid Society Civil Appeals and Law Reform Unit.