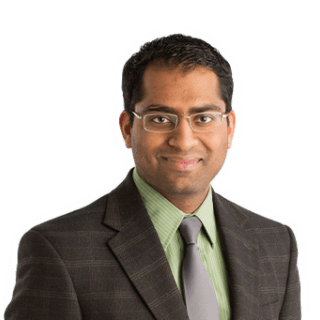 Imran Syed, '11, is a clinical assistant professor of law and the co-director of the Michigan Innocence Clinic. He also teaches a seminar on forensic science and conducts labs for first-year criminal law courses.

In 2017, Professor Syed was named one of the Top 40 Young Lawyers in the country by the American Bar Association, and he also was recognized by the State Bar of Michigan in 2016 with the Regeana Myrick Outstanding Young Lawyer of the Year Award.

While in law school, Professor Syed worked in the Innocence Clinic as a student-attorney and, upon graduation, served as a clinical fellow in the Clinic. As part of teaching in the Innocence Clinic, Professor Syed has supervised students investigating and litigating a wide variety of cases, including several of the clinic's forensic science-based innocence cases. Having litigated several arson wrongful convictions that were based on outdated fire science, Professor Syed has written articles discussing the novel litigation strategies needed to address wrongful convictions based on outdated scientific evidence.

Professor Syed also wrote and produced a documentary film, The Price of Providence, about one of the Innocence Clinic's wrongful conviction cases. The film premiered at the 2015 Great Lakes Film Festival, where it received the Audience Choice Award.

Litigated and won the case of an innocent man who spent nearly 38 years in prison after being wrongfully convicted of murder, November 2020.

Conducted a training on Rules and Procedures for Litigating New Evidence Claims, as Part of the Michigan Appellate Defender Fall Training Series.

Presented, “Forensic Science and Wrongful Convictions,” Conference of the Criminal Law Section of the State Bar of Michigan.

Presented, “Procedures and Processes of the Michigan Innocence Clinic,” Annual Conference of the NALS Association of Legal Professionals.

Named among national list of Top 40 Young Lawyers by the American Bar Association.

Presented "Scientific Evidence at Trial and on Appeal," Conference of Criminal Law and Prisons and Corrections Sections of State Bar of Michigan.