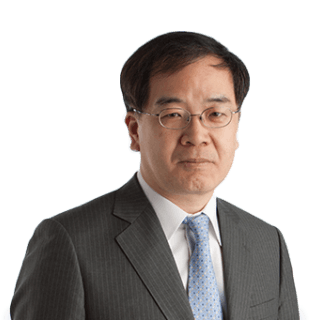 Professor Hwa-Jin Kim, an L. Bates Lea Global Professor of Law at Michigan Law since 2011, also teaches at Seoul National University School of Law. He also is an independent director and chair of compensation committee of Hyundai Mobis, the largest shareholder of Hyundai Motor Group.

Before joining academia in 2006, Kim practiced corporate and securities law in Korea and Switzerland, where he advised and worked for or with global investment banking houses in their international mergers and acquisitions and capital market transactions.

Kim has advised the Office of the President of Korea, Korea Financial Supervisory Service, and Ministry of Justice of Korea. He was on the board of directors of the Korean Financial Investment Association, the independent director and chair of the Environmental Social and Governance (ESG) committee and audit committee of Hyundai Heavy Industries Holdings, the world's largest shipbuilder, and a member of the Korea National Pension Service Proxy Advisory Committee. He is an independent director of Macquarie Korea Infrastructure Fund, the largest mutual fund in Korea, and chair of the proxy advisory committee of the Korea Corporate Governance Service.