Our client Temujin Kensu (aka Fred Freeman) has been in prison for 35 years for a crime he did not commit. His is among the most overwhelming cases of actual innocence anywhere in the country. It was recently covered in a long-form story on NBC News as well as on the Undisclosed Podcast, the Prosecutors Podcast (Part I and Part II) and in excellent reporting in The Detroit News, the Metro Times (Part I and Part II), and Michigan Radio (among many more). 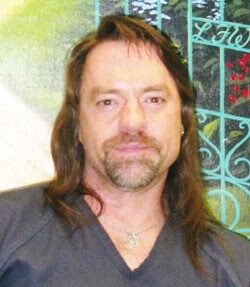 No one saw the shooting that Temujin is convicted of committing. Instead, two men testified to seeing a stranger who possibly resembled Temujin at some point before or after the shooting. One of the witnesses was hypnotized before he testified; both witnesses vacillated on key details.

Temujin was in fact more than 400 miles away from the crime scene at the time of the murder he is convicted for: No less than nine unimpeached neutral alibi witnesses testified to that at trial. The prosecution countered by suggesting that Temujin theoretically could have chartered a plane to go commit the murder and return in time to be seen by his alibi witnesses. The prosecution never offered any actual evidence to support this outlandish theory.

Over the years, the jailhouse snitch who implicated Temujin recanted, and admitted he received benefits for testifying against Temujin. And a leading eyewitness identification expert reviewed newly discovered photos of the lineup in this case and noted many glaring differences that made Temujin stand out in the lineup—even testifying that it was the most egregiously biased photo lineup she had seen in her entire career.

Nevertheless, Temujin remains in prison because court after court has refused to review the substantive evidence of innocence, and instead turned him down due to procedural technicalities.

As of 2022, the Innocence Clinic has represented Temujin for 12 years. In June 2022, we submitted a new application for executive clemency on Temujin's behalf. Gov. Gretchen Whitmer and her team now have the chance to bring justice to a case in which our justice system has sadly failed for decades. We hope they will do so, and soon, so that Mr. Temujin can finally be released after three-and-a-half long decades of wrongful incarceration.