Reuven Avi-Yonah, the Irwin I. Cohn Professor of Law, has been awarded a Fulbright Fellowship for the 2022–2023 academic year. Avi-Yonah, who also is the director of Michigan Law’s International Tax LLM Program, will be based at Vienna Economic University (WU). 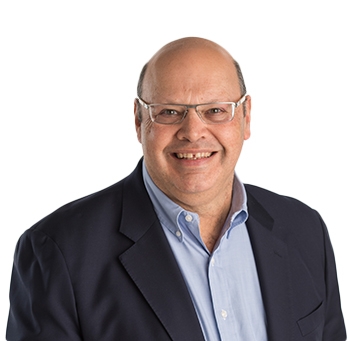 He joins a long list of Michigan Law professors who have secured Fulbright Fellowships in the past, including eight current members of the faculty.

Avi-Yonah specializes in corporate and international taxation. His fellowship will build on his previous work as a consultant to the Organisation for Economic Co-operation and Development (OECD) on tax competition, and as a member of the steering group for OECD's International Network for Tax Research.

He will work on a book manuscript evaluating the OECD’s Base Erosion and Profit Shifting Project (BEPS)—the first two phases of which, especially the second phase, are grounded largely in his earlier work.

“BEPS 2.0 applies the single tax principle—that cross-border income should not be subject to taxation at effective rates that are higher or lower than domestic income—which I have argued repeatedly underlies the international tax regime,” Avi-Yonah explained. “In addition, I have written several articles on both BEPS 1.0 and 2.0 and on the overall need for more revenue to fund an adequate social safety net, which became even more acute with the COVID-19 pandemic.”

BEPS already has led to changes in domestic legislation—such as the U.S. Tax Cuts and Jobs Act of 2017—and to changes in tax treaties, including the adoption by more than 130 countries of the first multilateral tax treaty and a commitment to a global minimum corporate tax rate of 15 percent.

He noted that it will be particularly useful to conduct this research in Austria, a small country that has traditionally been opposed to limits on tax competition, and has tended to oppose immigration and free trade and adopt barriers to globalization: “I hope to learn whether BEPS can actually benefit large countries like the U.S. and small countries like Austria.”

Avi-Yonah—who noted that spending time in his mother’s native country presents an opportunity to practice his German language skills—said he’s also excited about the opportunities that the Fulbright will provide to enrich his teaching.

“The WU Center for International Taxation has an impressive group of tax scholars, and the tax LLM students are wonderfully diverse in terms of national origin. The four months of the fellowship will provide a much better setting for the students and me to learn from one another, in an international environment that can be rare in the classroom.”