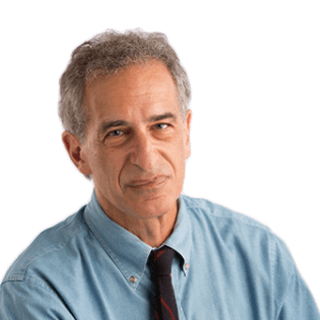 Professor William Ian Miller, the Thomas G. Long Professor Emeritus of Law, has been a member of the Michigan Law faculty since 1984. His research centers on saga Iceland, from whence the materials studied in his course Bloodfeuds, which provides the sources for his book Bloodtaking and Peacemaking: Feud, Law, and Society in Saga Iceland (University of Chicago Press, 1990).

Miller also has written about emotions—mostly unpleasant ones involving self-assessment—select vices, and virtues. Thus his books: Humiliation (1993); The Anatomy of Disgust (1997), named the best book of 1997 in anthropology/sociology by the Association of American Publishers; The Mystery of Courage (2000); Faking It (2003), which deals with anxieties of role, identity, and posturings of authenticity; Losing It (2011), where he turns a jaundiced eye toward aging and decline; and the latest in the grim series to appear in January 2020: Outrageous Fortune: Gloomy Reflections on Luck and Life. The Chicago Tribune named Losing It to its list of best books of the year; Macleans magazine of Canada also listed it in its top 10 nonfiction books of 2011. Eye for an Eye (2006) is an extended treatment of the law of the talion. Audun and the Polar Bear: Luck, Law, and Largesse in a Medieval Tale of Risky Business (2008) offers an expansive interpretation of a superbly crafted short Icelandic tale. "Why is your axe bloody:" A Reading of Njáls Saga is exactly what the subtitle indicates; yet another book on a saga, Hrafnkel or the Ambiguities: Hard Cases, Hard Choices, appeared in 2017. He also has been a visiting professor at Yale, the University of Chicago, the University of Bergen, the University of Tel Aviv, and Harvard, and in 2008, was the Carnegie Centenary Trust Professor at the University of St. Andrews, where he is now also an honorary professor of history.

Outrageous Fortune: Gloomy Reflections on Luck and Life
Hrafnkel or the Ambiguities: Hard Cases, Hard Choices
'Why is your axe bloody?': A Reading of Njáls Saga
Losing It: In Which an Aging Professor Laments His Shrinking Brain, Which He Flatters Himself Formerly Did Him Noble Service
END_OF_DOCUMENT_TOKEN_TO_BE_REPLACED