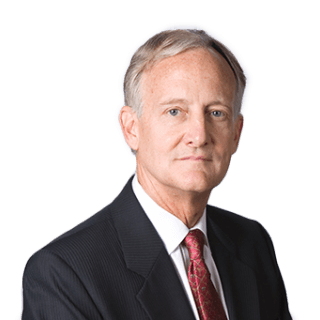 A partner in the Washington, D.C., office of Paul Hastings LLP, his practice focuses on all aspects of the Foreign Corrupt Practices Act (FCPA) and international anti-corruption law, political risk insurance matters, U.S. export laws, economic sanctions, and International Traffic in Arms Regulations practices (including enforcement actions). Dickinson works closely with a wide range of industries on anti-corruption matters, including establishment and implementation of compliance programs, due diligence for third parties and acquisitions, and special investigations and defense before regulators in the United States and abroad. He has been appointed as an independent monitor on a number of occasions,​ and has represented companies under monitorship. He has worked on major infrastructure projects in the Middle East and Asia and has represented foreign governments in matters involving public international law, including treaty rights, expropriation, and sovereign immunity.  He studied at The Hague Academy of International Law in the Netherlands and L'Université d'Aix-Marseille in France, and spent a brief period as an extern in the Office of the Legal Adviser of the U.S. Department of State. After receiving his LLM, he worked in the Legal Service of the Commission of the European Communities in Brussels, Belgium. Dickinson then returned to Washington, D.C., where he practiced with Gibson, Dunn & Crutcher for the next 15 years. He was the partner-in-charge of Gibson, Dunn & Crutcher's Brussels office from 1990 to 1992. Prior to joining Paul Hastings, he cofounded a boutique firm in Washington, D.C., serving global clients in the areas of the Foreign Corrupt Practices Act and political risk insurance defense. Dickinson recently completed a two-year term as chair of the International Bar Association's Anti-Corruption Committee, and serves as director of the International Law Institute's course on government integrity and anti-corruption initiatives. He is chairman of the American Bar Association's International Legal Resource Center, which provides global technical legal assistance in conjunction with the United Nations Development Programme.