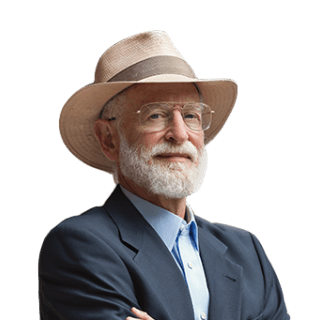 Professor Thomas A. Green, the John P. Dawson Collegiate Professor Emeritus of Law and professor emeritus of history, is a graduate of Columbia University.

Green taught medieval and English history and American constitutional history at Bard College. At U-M he taught English and American legal history to both law students and to students in the College of Literature, Science, and the Arts.

He is the author of Verdict According to Conscience: Perspectives on the English Criminal Trial Jury, 1200-1800 (1985) and Freedom and Criminal Responsibility in American Legal Thought (2014). He served for 25 years as the editor of Studies in Legal History, sponsored by the American Society for Legal History, and was the Society's president from 1999 to 2001.

Green is also co-editor of On the Laws and Customs of England: Essays in Honor of Samuel E. Thorne (1981) and Twelve Good Men and True: The Criminal Trial Jury: 1200-1800 (1985). He is currently working on the relationship between ideas about the jury and ideas about criminal responsibility in the English and American past. This project will complete his work on the two aspects of freedom in Anglo-American criminal justice history to which he has devoted his career: political liberty and free will.

"A Crossroads in Criminal Procedure: The Assumptions Underlying England's Adoption of Trial by Jury for Crime"
Law and Society in Later Medieval England and Ireland: Essays in Honour of Paul Brand
"Lights Hidden Under a Bushel's Case"
Texts and Contexts in Legal History: Essays in Honor of Charles Donahue
"The Jury and Criminal Responsibility in Anglo-American History"
Criminal Law and Philosophy
"Reflections on Freedom and Criminal Responsibility in Late Twentieth Century American Legal Thought"
American Journal of Legal History
END_OF_DOCUMENT_TOKEN_TO_BE_REPLACED