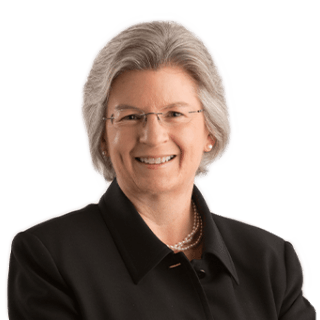 Professor Suellyn Scarnecchia, '81, a clinical professor emerita of law, returned to the Law School in 2012 to join the Human Trafficking Clinic after spending a decade in academic administrative posts.

In 2015, in addition to her duties in the Human Trafficking Clinic, Scarnecchia helped launch the new Veterans Legal Clinic. She served as vice president and general counsel of the University of Michigan from 2008 to 2012. She advised the president, Board of Regents, and executive officers on legal issues, represented the office to faculty, staff, and students, as well as to external organizations and institutions, and managed all of the offices of the U-M General Counsel (Central Campus, Health System, Technology Transfer, and Development). As general counsel, she led the development of the University's first comprehensive compliance program, revised the University's trespass policy, and managed the University's response to allegations of major violations against the football program. From 2003 to 2008, she served as dean of the University of New Mexico (UNM) School of Law. Under the state constitution, she was required to chair all judicial selection commissions in New Mexico. She also served as a board member for the UNM Science and Technology Corporation. She was a member of the American Bar Association New Deans Workshop Committee, the Association of American Law Schools' Resource Corps, and the Law School Admissions Council's Minority Affairs Committee. In 2006, she co-chaired the New Mexico Governor's Task Force on Ethics and Campaign Reform. Prior to serving as dean at UNM School of Law, Scarnecchia was a member for 16 years of the clinical faculty at the University of Michigan Law School, where she was associate dean for clinical affairs and taught in the Child Advocacy Law Clinic.