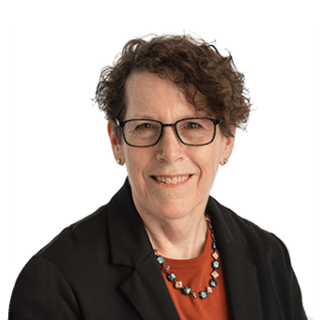 Professor Naomi R. Lamoreaux is the Stanley B. Resor Professor of Economics and History at Yale University, senior research scholar at the University of Michigan Law School, and a research associate at the National Bureau of Economic Research.

Lamoreaux received her PhD in history from Johns Hopkins in 1979 and taught at Brown University and the University of California, Los Angeles before moving to Yale in 2010. She has written The Great Merger Movement in American Business, 1895-1904 and Insider Lending:  Banks, Personal Connections, and Economic Development in Industrial New England, edited eight other books, and published numerous articles on business, economic, and financial history.  She also co-edited the Journal of Economic History from 1992 to 1996. Lamoreaux has served as Pitt Professor of American History and Institutions at the University of Cambridge in 2018-19 and Sunderland Faculty Fellow at the University of Michigan Law School in 2020-21. She has been elected president of the Business History Conference and the Economic History Association and is a fellow of the American Academy of Arts and Sciences, the Cliometrics Society, and the Economic History Association. She has been awarded the Alice Hanson Jones book prize, the Henrietta Larson, Program in Early American Economy & Society, and Arthur Cole article prizes, the Harold Williamson Prize for an outstanding business historian in mid-career, the Cliometrics award for exceptional support to that field, and the Business History Conference’s Lifetime Achievement Award. Her current research interests include patenting and the market for technology in the late nineteenth and twentieth century U.S., business organizational forms and contractual freedom in the U.S. and Europe in the nineteenth and twentieth centuries, the public/private distinction in U.S. history, and constitutional change in the U.S. state governments in the nineteenth century.