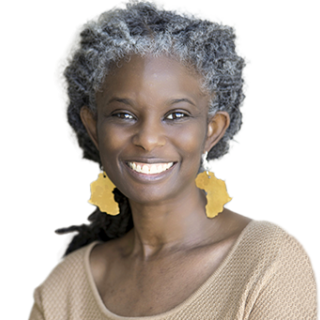 A graduate of Oberlin College and the University of Michigan Law School, Chaney has committed her career to the pursuit of civil rights and social justice, participating in landmark civil rights cases, including as part of a litigation team challenging the sexual abuse of children incarcerated in adult prisons, resulting in an $80 million settlement and commitment that the Michigan Department of Corrections would reform its policies and practices.

In addition, Chaney served as an Amnesty International USA Stop Violence Against Women Campaign Coordinator, worked with the Michigan Poverty Law Project and Michigan Immigrant Rights Center to represent foreign domestic violence survivors in efforts to obtain residency through the Violence Against Women Act petition process, provided pro bono service to the American Bar Association's Death Penalty Representation Project, and served as a cooperating attorney with the American Civil Liberties Union (ACLU), including as a member of the Right-to-Read litigation team which sought to establish the constitutional right of youth to basic educational services. Chaney has also authored several publications on civil rights and human trafficking litigation, including co-authoring the Civil Rights Damages chapter in the book, Damages and Remedies in Michigan (Institute of Continuing Education, 2018).

Chaney has been recognized by Super Lawyers and the National Black Lawyers Top 100 for her legal advocacy. In 2018, the Washtenaw County Bar Association awarded Mrs. Chaney the Martin L. King, Jr. "I Have a Dream" Award. In 2020, Chaney, along with her co-counsel in the prison sex abuse case, were recognized as finalists for the nationally prestigious Public Justice Trial Lawyer of the Year Award.

In addition to her litigation practice, Chaney serves as a mediator and workplace investigator. She is a member of the State Bar of Michigan's Alternative Dispute Resolution Council, the ACLU Lawyers' Committee of Washtenaw County, and she serves as Vice-Chair of the African American Cultural and Historical Museum of Washtenaw County's Board of Directors.

Chaney's journey was not made alone. In Oberlin, she met her husband, Adisa N. Chaney, to whom she has been married for 22 years. They are the proud parents of two teenagers, Anna and Nosah, and owner of one spunky dog, Jasper.