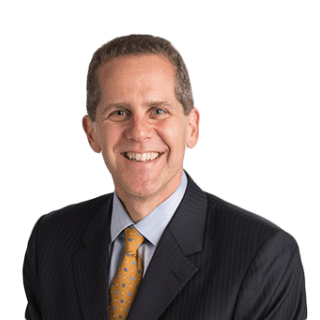 Professor Michael S. Barr is the Joan and Sanford Weill Dean of Public Policy and a professor of public policy at U-M's Gerald R. Ford School of Public Policy. He also is the Roy F. and Jean Humphrey Proffitt Professor of Law and serves as faculty director of the U-M Center on Finance, Law, and Policy.

A member of the Law School faculty since 2001, Barr teaches Financial Regulation and International Finance. He co-founded both the International Transactions Clinic and the Detroit Neighborhood Entrepreneurs Project of the Community and Economic Development Clinic, and is a nonresident senior fellow at the Center for American Progress.

Barr was on leave during 2009 and 2010, serving as the U.S. Department of the Treasury's assistant secretary for financial institutions, and was a key architect of the Dodd-Frank Wall Street Reform and Consumer Protection Act of 2010. Barr previously served as Treasury Secretary Robert E. Rubin's special assistant, as deputy assistant secretary of the Treasury, as special adviser to President William J. Clinton, and as a special adviser and counselor on the policy planning staff at the U.S. Department of State.

Joined the Board of Trustees of the Kresge Foundation.

Served as senior adviser to the Biden-Harris Transition Team for the Treasury Department.

Hosted conference on the Future of Central Banking with the San Francisco Federal Reserve Bank.