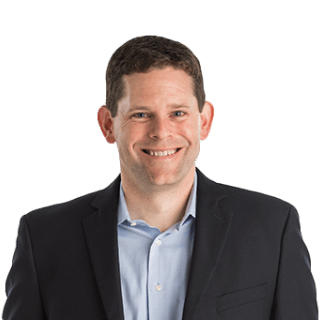 Matthew Andres, '02, is the director of the Veterans Legal Clinic and clinical assistant professor at the University of Michigan Law School. As clinic director, he uses his varied legal background to teach students how to provide civil legal services to veterans throughout the state of Michigan. The clinic represents low-income veterans in all kinds of civil litigation cases. He also works to protect the financial well-being of low-income consumers outside the context of the clinic.

In 2021, he taught a Policy Workshop in which he and students from the Law School and other U-M graduate schools worked together to develop policy proposals to improve debt collections litigation in Michigan.

Andres joined the Law School in 2017 after spending four years at the University of Illinois College of Law, where he started and directed the Elder Financial Justice Clinic, the first law school clinic focused on combating financial abuse of seniors. As director of the clinic, Andres worked with his students to represent elderly victims of financial exploitation throughout Illinois, and he advocated for legislative change to aid financial abuse victims. In March 2015, he proposed what became Illinois Public Act 99-0272, which allows victims of financial abuse to recover treble damages and attorney's fees from their abusers if they prevail on a count of financial exploitation.

Andres also worked with the National Center for Victims of Crime and the American Bar Association to draft the Model Civil Provisions on Elder Financial Exploitation. In August 2016, he and professors from the University of Illinois School of Social Work received a research grant from the Retirement Research Foundation to study the nonmonetary effects of civil legal representation on financially abused clients.

Before his time at the University of Illinois, Andres was a staff attorney at Cooley Law School's Family Law Assistance Project, where he represented low-income victims of domestic violence, disabled people, and other disadvantaged groups in family law cases. Before that, Andres was the assistant academic director of the University of Cincinnati College of Law's Domestic Violence Clinic.

Andres participated in the Civil Litigation Clinic (now known as the Civil-Criminal Litigation Clinic) as a student-attorney and an advanced student-attorney at Michigan Law. His first job out of law school was as a litigation associate at Foley & Lardner LLP in Milwaukee. He then joined the Milwaukee District Attorney's Office as an assistant district attorney and later was an assistant prosecutor at the Oakland County Prosecutor's Office.

Andres is admitted to practice law in Michigan, Illinois, Wisconsin, and Ohio.