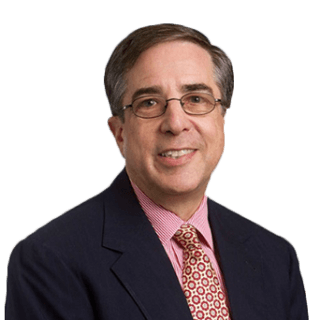 Martin J. Bienenstock, '77, is chair of the Business Solutions, Governance, Restructuring, and Bankruptcy Group at Proskauer Rose LLP. He also teaches Corporate Reorganization at Harvard Law School, where he is the Robert B. and Candice J. Haas Lecturer on Law in recognition of his work.

In its last two listings in 2013 and 2006, the National Law Journal named Professor Bienenstock to its list of 100 Most Influential Lawyers in America. He is consistently listed in the top of his field by industry publications. He was ranked in the top tier for bankruptcy by Chambers Global 2013.

Professor Bienenstock specializes in helping healthy companies avoid distress and helping distressed companies or their creditors resolve distress. His practice ranges from providing legal and strategic advice to businesses, directors, management, investors, or creditors, to leading complex trials and appeals in the courtroom. He charted the takeover of troubled Finova for Berkshire Hathaway's and Leucadia's joint venture, won the successful reorganizations of companies like Enron, Republic Steel, G-I Holdings, and NewPage over multiple objections, and formulated and argued the legal theories to win major appeals such as the Owens Corning decision reversing substantive consolidation to increase the value of his clients' bank claims against Owens Corning from $600 million to more than $2.2 billion. Professor Bienenstock developed for General Motors the section 363 sale free and clear strategy that the United States Auto Task Force deployed for both Chrysler and General Motors. He led the representation of General Motors in the Delphi Corporation Chapter 11 case and the representation of United States Gypsum's shareholders' committee where the equity obtained billions of dollars of value for the first time in any mass tort asbestos case. Professor Bienenstock also led the representation of the MF Global statutory creditors' committee and is currently advising on municipal and sovereign debt crises.

Professor Bienenstock did the initial drafting of what became Ireland's reorganization statute. He also formulates for companies and their boards methods to establish risk reporting systems to enable the board and management to stay abreast of all material risk factors facing the company.