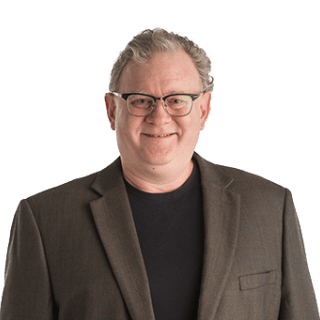 Mark Osbeck, '86, teaches in the Law School's Legal Practice Program. He also is a leading authority on marijuana law, having authored two significant books on the subject: Cases and Materials on Marijuana Law (West, 2019) and Marijuana Law in a Nutshell (West, 2017).

Osbeck also is the author of a widely used legal research text: Impeccable Research: A Concise Guide to Mastering Legal Research Skills, 2nd ed. (West, 2015). In addition to marijuana law, Professor Osbeck's research interests include legal writing, legal research, judicial decision-making, and predictive legal analysis. Before joining Michigan Law in 2001, Professor Osbeck was a partner in the Denver office of a large law firm. He litigated sophisticated commercial cases for a number of years, first in Washington, D.C., and later in Denver, and he has extensive trial and appellate experience before a number of state and federal courts, including the U.S. Court of Appeals for the Tenth Circuit. While attending Johns Hopkins, he received a University Fellowship, the top departmental award. In law school, he received certificates of merit for legal writing and political philosophy.

Presented, “Current Issues in Marijuana Law” at the University of Michigan School of Pharmacy.

Presented "What Role (if any) Does Storytelling Play in a Predictive Legal Analysis?" at the Seventh Biennial Storytelling Conference, University of Colorado Law School, Boulder.

Served on an expert panel about marijuana law and policy at the second annual Michigan Cannabis Leaders Summit, University of Michigan Ross School of Business.

Presented "The History of Marijuana Prohibition in the United States" at the University of Michigan School of Pharmacy.

Presented "Outcome Prediction in the Practice of Law" at the 2018 International Symposium on Forecasting, University of Colorado, Boulder.