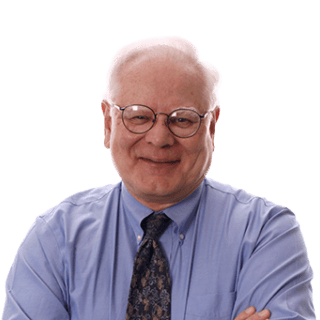 Lawrence W. Waggoner, the Lewis M. Simes Professor Emeritus of Law, is a leading figure in law reform with both the Uniform Law Commission (ULC) and the American Law Institute (ALI) in the fields of wills, trusts, and estates.

His ULC and ALI law-reform proposals have been adopted by the courts and legislatures in many American states, ranging from California to Massachusetts, and including Michigan. Law school courses and casebooks nationwide are organized around his law-reform work.

For the Uniform Law Commission, Prof. Waggoner served as the principal architect and drafter of the Uniform Probate Code revisions completed in the 1990s. He recently completed another round of UPC revisions dealing mainly with the treatment of children of assisted reproduction. He was also the reporter for other uniform acts: the Uniform Statutory Rule Against Perpetuities, the Uniform Simultaneous Death Act, and the Uniform Testamentary Additions to Trusts Act. A symposium honoring his work on the UPC was held at the University of Michigan Law School in October 2011. The symposium, "The Uniform Probate Code: Remaking of American Succession Law," was sponsored by the Foundation of the American College of Trust and Estate Counsel and the Michigan Journal of Law Reform. Symposium speakers included law professors from law schools across the country.

For the American Law Institute, Prof. Waggoner served as the reporter for the Restatement (Third) of Property: Wills and Other Donative Transfers. Volume 1 of the new Restatement was published in 1999, volume 2 in 2003, and the third and final volume in 2011. Many judicial decisions have changed prior law or made new law on the basis of the Restatement.

In December 2013, Prof. Waggoner was awarded the Richard V. Wellman Award for "Outstanding Contributions to Uniform Laws in the Field of Trusts and Estates." The award was presented by the Joint Editorial Board for Uniform Trust and Estate Acts (a joint commission composed of members from the Uniform Law Commission, the American Bar Association, and the American College of Trust and Estate Counsel).

He practiced law with Cravath, Swaine & Moore in New York City. As a captain in the U.S. Army, he served from 1966-1968 with other military officers from the Air Force, Marines, and Navy on a joint staff in the Department of Defense. He is a life member of the American Law Institute, an academic fellow of the American College of Trust and Estate Counsel, an academician of the International Academy of Estate and Trust Law, and a life fellow of the Michigan State Bar Foundation. Prof. Waggoner came to Michigan from the University of Virginia School of Law in 1974. He retired at the beginning of 2012, after 44 years of teaching, 38 of which were at Michigan.

His publications are posted on the Social Science Research Network.

"Marriage Is on the Decline and Cohabitation Is on the Rise: At What Point, if Ever, Should Unmarried Partners Acquire Marital Rights?"
Family Law Quarterly
"With Marriage on the Decline and Cohabitation on the Rise, What about Marital Rights for Unmarried Partners?"
The American College of Trust and Estate Counsel Law Journal
"Correcting the Record Regarding the Restatement of Property's Slayer Rule in The Brooklyn Law Review's Symposium Issue on Restatements"
Brooklyn Law Review
"How the ALI's Restatement Third of Property is Influencing the Law of Trusts and Estates"
Brooklyn Law Review
END_OF_DOCUMENT_TOKEN_TO_BE_REPLACED