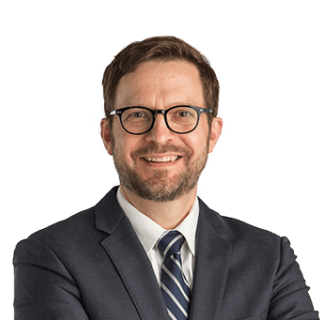 Professor Kyle Logue teaches and writes primarily in the areas of torts, tax, and insurance law, in which he has particular substantive expertise, but his scholarly interests are wide ranging. Deploying insights from disciplines outside of law, including economics, psychology, and philosophy, he has written on a variety of topics related to law, policy, and legal theory.

Among the questions Logue is currently exploring are: the role of private and public insurance in responding to cyber threats, how to use tort law (or some alternative compensation regime) to encourage auto-safety innovation, and the function that private and public law might play in efficiently and fairly allocating the costs of climate change adaptation.

Logue has published numerous articles in leading law reviews, including the Yale Law Journal, Michigan Law Review, Stanford Law Review, the Chicago Law Review, and the Tax Law Review. One of his areas of special expertise is insurance law and regulation. He has written or co-written a number of widely cited articles in the field and is the co-author of one of the leading insurance law casebooks, Insurance Law and Policy: Cases and Materials (5th ed. 2021, with T. Baker & C. Saiman). He was also the Associate Reporter for the American Law Institute’s Restatement of Law of Liability Insurance, which was completed in 2018.

Logue has served, and continues to serve, in a number of administrative roles at the Law School. He was the Associate Dean for Academic Affairs from 2006 to 2008, and as of January 2022, he will serve as the Associate Dean for Faculty and Research. From 2006 to 2016, he was the Wade H. and Dores M. McCree Collegiate Professor of Law. Since 2016, he has held the Douglas A. Kahn Collegiate Professorship. Logue is a graduate of Auburn University, where he was a Harry S. Truman Scholar, and Yale Law School, where he was an articles editor on the Yale Law Journal. Before joining the University of Michigan faculty, he practiced law in the Atlanta office of the law firm Sutherland, Asbill & Brennan. Prior to that, he served a one-year judicial clerkship with the Honorable Patrick E. Higginbotham on the U.S. Court of Appeals for the Fifth Circuit.

"Racial Discrimination in Life Insurance"
The Journal of Retirement
Insurance Law and Policy: Cases and Materials, Fifth Edition
"Should Automakers Be Responsible for Accidents?"
Regulation
"The Deterrence Case for Comprehensive Automaker Enterprise Liability"
Journal of Law and Mobility
END_OF_DOCUMENT_TOKEN_TO_BE_REPLACED