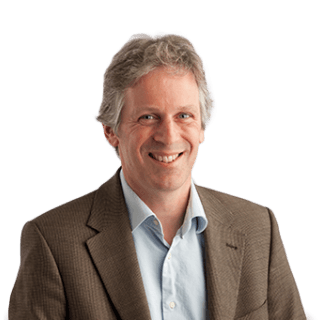 Professor John G. H. Hudson is an L. Bates Lea Global Professor of Law Professor at Michigan Law, and a professor of legal history and the director of the Institute of Legal and Constitutional Research at the University of St. Andrews in Scotland.

Hudson's teaching and research focus on ninth- to 13th-century England and northern France, particularly the fields of law, lordship, and literature, as well as historical writing and the late 19th-century study of medieval England. Hudson's volume of the Oxford History of the Laws of England, the chronologically earliest, appeared in 2012. Hudson's other books include the two-volume The History of the Church of Abingdon (2002 and 2007); The Formation of the English Common Law (1996); and Land, Law, and Lordship in Anglo-Norman England (1994). He is the co-editor of Patrick Wormald's Papers Preparatory to the Making of English Law: King Alfred to the Twelfth Century, Volume II: From God's Law to Common Law (University of London: Early English Laws, 2014), which was published online on Sept. 29, 2014, to mark the 10th anniversary of the author's death. He also co-edited Law and Government in Mediaeval England and Normandy: Essays in Honour of J.C. Holt (Cambridge University Press, 1994), Diverging Paths? The Shapes of Power and Institutions in Medieval Christendom and Islam (Brill, 2014), a third edition of Sir James Holt's classic Magna Carta (Cambridge University Press, 2015), and "The Making of Europe": Essays in Honour of Robert Bartlett (Brill, 2016). He edited and contributed to a volume of the Proceedings of the British Academy on The History of English Law Before the Time of Edward I: Essays Commemorating the Centenary of the Publication of "Pollock and Maitland"(1996), and in 2006, gave the Selden Society Lecture to mark the centenary of Maitland's death; this was published in 2009 as F. W. Maitland and the Englishness of English Law. Hudson gave a plenary lecture to the British Legal History Conference entitled "Maitland and Austin: Legal History and Legal Theory in Nineteenth-Century England" in 2013. He gave the lecture inaugurating the Harvard Law School European Legal History Series in 2017 and the Fulton Lecture in Legal History at the University of Chicago Law School in 2018. He was elected to the Royal Society of Edinburgh, the British Academy, and the Academia Europaea.