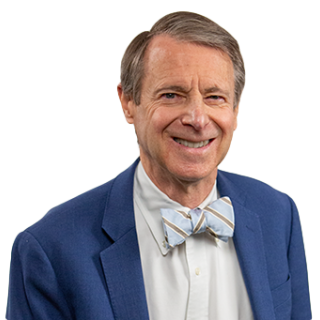 Professor John G. Cameron Jr. is a member of Dickinson Wright, PLLC. He practices principally in the areas of real estate, construction, and general business law. He is admitted to practice in Michigan, Illinois, Colorado, and North Carolina, in the U.S. Supreme Court, and in various federal circuit and district courts.

An elected member of the American Law Institute (ALI), Cameron serves as an adviser to the ongoing ALI Restatement of Property project, and serves or has served on the following ALI member consultative groups: Restatement of Property, Third (Servitudes); Revision of Uniform Commercial Code Article 2; Restatement of Agency, Third; Restatement of Restitution, Third; Project on the Law of Nonprofit Organizations; and Project on Governmental Ethics. He also was elected to membership in the American College of Real Estate Lawyers and for six years served on the national board of editors of The Practical Real Estate Lawyer.

Cameron is currently a member of the National Council of Architectural Registration Boards Task Force on Professional Ethics and was its public director from 2014 to 2016. In 2012, he was named one of 25 Michigan "Leaders in the Law." He is listed in "Who's Who in American Law" and "The Best Lawyers in America," and was named a Top 100 Michigan Super Lawyer in 2006, 2007, 2008, and 2009, the Grand Rapids Best Lawyers Real Estate Lawyer of the Year in 2009, and Construction Lawyer of the Year in 2012. Cameron is a Fellow of the Construction Lawyers Society of America. He served on the State Bar of Michigan Professional Ethics Committee from 2008 to 2014, was its chair from 2012 to 2014, and is a member of the Michigan Land Title Standards Committee.