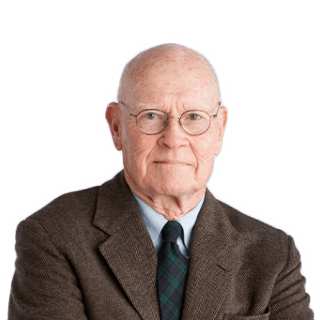 J.J. White, the Robert A. Sullivan Professor Emeritus of Law, has written on many aspects of commercial law. His book, Uniform Commercial Code (with Summers and Hillman), is considered to be the most widely recognized treatise on the subject. He is also the author of several casebooks on commercial, bankruptcy, and contracts law.

Prof. White has served as the reporter for the Revision of Article 5 of the Uniform Commercial Code and is a Commissioner on Uniform Laws from Michigan. He also has served on several American Law Institute and NCCUSL committees dealing with revision to the Uniform Commercial Code. He received the L. Hart Wright Award for Excellence in Teaching for 2001-2002 and the Homer Kripke Achievement Award, given by the American College of Commercial Finance Lawyers. He practiced privately in Los Angeles before beginning his academic career at the University of Michigan in 1964.