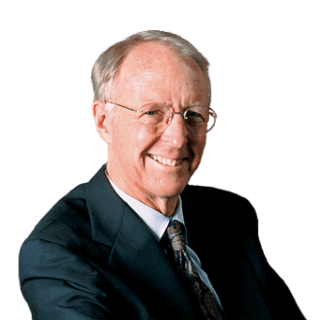 After graduation from law school, he spent a year as a Sheldon Fellow in Europe and then practiced law in Boston for two years. He began his teaching career at the University of Colorado Law School and moved in the mid-1970s to the University of Chicago, where he was a professor in the Law School, the College, and the Committee on the Ancient Mediterranean World.

He served as a governor of the Chicago Council of Lawyers and is a member of the American Law Institute and the American Academy of Arts and Sciences. He has received fellowships from the Guggenheim Foundation and the National Endowment for the Humanities, and in 1997-98 was a Phi Beta Kappa Visiting Scholar. At Michigan, he is a professor of English emeritus and the L. Hart Wright Collegiate Professor of Law Emeritus.

He is also a former chair of the Michigan Society of Fellows. He has published numerous books: The Legal Imagination (1973), Constitutional Criminal Procedure (with James Scarboro, 1976), When Words Lose Their Meaning: Constitutions and Reconstitutions of Language, Character, and Community (1984), Heracles' Bow: Essays in the Rhetoric and Poetics of the Law (1985), Justice as Translation: An Essay in Cultural and Legal Criticism (1990), "This Book of Starres": Learning to Read George Herbert (1994), Acts of Hope: The Creation of Authority in Literature, Law, and Politics (1994). From Expectation to Experience: Essays on Law and Legal Education (2000), The Edge of Meaning (2001); and in 2006, both Living Speech: Resisting the Empire of Force and an edited volume, How Should We Talk About Religion?

Uniform Commercial Code
The Legal Imagination: Studies in the Nature of Legal Thought and Expression
"Afterword - Agape and Reframing"
Agape, Justice, and Law: How Might Christian Love Shape Law?
"The Creation of Authority in a Sermon by Saint Augustine"
Legal Affinities: Explorations in the Legal Form of Thought
END_OF_DOCUMENT_TOKEN_TO_BE_REPLACED