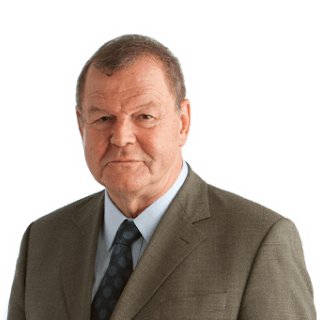 Professor Bruno Simma taught as a professor of law through the end of 2021. He previously served a nine-year term as a judge at the International Court of Justice. In 2013, he was appointed as one of the three third-party judges/arbitrators of the Iran-United States Claims Tribunal at The Hague.

Professor Simma first came to the Law School in 1986 as a visitor from the University of Munich Faculty of Law, where he taught international law and European Community law from 1972 to 2003. From 1987 to 1992, he held a joint Munich-Ann Arbor faculty appointment. He returned as a visitor in 1995 and, since 1997, has been a member of the Law School's Affiliated Overseas Faculty, more recently as an L. Bates Lea Global Professor of Law. Professor Simma has served as dean of the Munich Faculty of Law and has been a visiting professor at several European universities.

In 2005, New York University Law School made him the Distinguished Global Law School Fellow. Together with Alfred Verdross, he coauthored Universelles Völkerrecht, one of the most influential textbooks in international law and, more recently, edited the leading Commentary on the Charter of the United Nations. Professor Simma lectured at The Hague Academy of International Law in 1995 and taught the prestigious general course there in 2009.

From 1987 to 1996, he was a member of the UN Committee on Economic, Social, and Cultural Rights, followed by six years of membership in the UN International Law Commission before he was elected to the World Court at The Hague. He has been co-agent and counsel in cases before the Court, such as in the LaGrand case brought by Germany against the United States.

In 2014, he was chosen as judge ad hoc by Costa Rica in a case concerning maritime delimitation in the Caribbean Sea and the Pacific Ocean (Costa Rica v. Nicaragua).

In 2016, there followed another appointment of that nature by Chile in the dispute over the status and use of the Silala (Chile v. Bolivia). Professor Simma is a much sought-after arbitrator in inter-state, foreign investment, international commercial, and sports law cases.