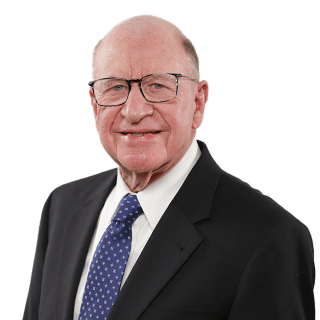 Professor Allyn D. Kantor, an adjunct professor of alternate dispute resolution, is of counsel to Miller, Canfield, Paddock and Stone PLC, where his specialties include the litigation and resolution of complex business disputes, including commercial torts, contract claims, environmental claims, real estate matters, and the defense of legal malpractice actions.

Kantor is admitted to practice in all Michigan state and federal courts and the Sixth Circuit Court of Appeals. Kantor served as an elected member of the board of commissioners of the State Bar of Michigan. He was a Fellow of the Michigan Bar Foundation and the American Bar Foundation, and was listed in the alternate dispute resolution and business litigation sections of The Best Lawyers of America. He was a member of the mediation and arbitration panels of the American Arbitration Association.

Kantor has served as a faculty member for the National Institute of Trial Advocacy and the Institute of Continuing Legal Education, where he has taught both trial advocacy and mediation. He was a member of the Michigan Supreme Court Task Force that was charged with drafting the Michigan mediation court rules. He was a member of the council of the Dispute Resolution Section of the State Bar of Michigan and was the 2007 recipient of the Michael Franck Award given by the State Bar of Michigan for his significant contributions to the legal profession. In addition, he was the 2002 recipient of the George N. Bashara Distinguished Service Award for his contribution to the field of Alternative Dispute Resolution.