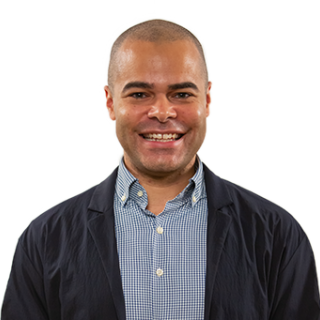 Adrian Ohmer is an investment director at The Kresge Foundation. Kresge’s Investment Office supports the foundation’s mission by managing and growing a $4 billion endowment. Adrian is also an adjunct clinical professor of law at the University of Michigan Law School.

Prior to joining Kresge, Adrian served as senior manager of private equity at the UAW Retiree Medical Benefits Trust where he was responsible for helping manage the $60 billion trust, the largest nongovernmental purchaser of retiree health care in the United States. He also helped lead the Trust’s equity and inclusion efforts and identified diverse managers with whom to invest. He was the recipient of the 2019 Rising Star Award from the National Association of Investment Companies, the largest trade organization for diverse-owned private equity and hedge funds.

Prior to joining the Trust, Adrian was a principal at Invest Detroit Ventures (IDV) and the recipient of the 2015 Up & Coming Investor of the Year Award from the Michigan Venture Capital Association (MVCA). While at IDV, Adrian led 18 seed and early-stage venture investments in Midwest technology companies and served as a mentor for many accelerator programs across the region. He also served on the Membership Committee for the MVCA and was a driving force behind the MVCA including diversity statistics in its Annual Research Report.

Prior to earning his JD, Adrian worked at Goldman Sachs in New York City where he began his career in credit derivatives, worked in the Office of the Chairman, served as chief-of- staff to the Global Head of Private Wealth Management, and worked for the Global Chief Operating & Marketing Officers of Private Wealth Management on strategic projects.