The Distinguished Alumni Award recognizes extraordinary alumni whose achievements exemplify the values and ethos of the University of Michigan Law School and is presented annually.

All members of the Michigan Law community are encouraged to submit nominations for the Distinguished Alumni Award, including alumni, students, faculty, staff, and friends of the Law School. Please submit nominations in writing with a cover letter that provides reasons for making the nomination, a brief bio of the nominee, and relevant general background information such as news clippings or letters of support.

The deadline for nominations is September 1 for each annual cycle.

Herb Kohn, ’63, a titan of the Missouri legal community for more than half a century, was honored as the 2021 recipient of Michigan Law’s Distinguished Alumni Award at a ceremony in Kansas City.

“We are so proud to call Herb one of our own and to present this award to someone who so fully exemplifies the kind of person that the Law School believes in, someone who is dedicated to the law and is held in such high esteem by his peers,” said Mark West, the David A. Breach Dean of Law and Nippon Life Professor of Law. 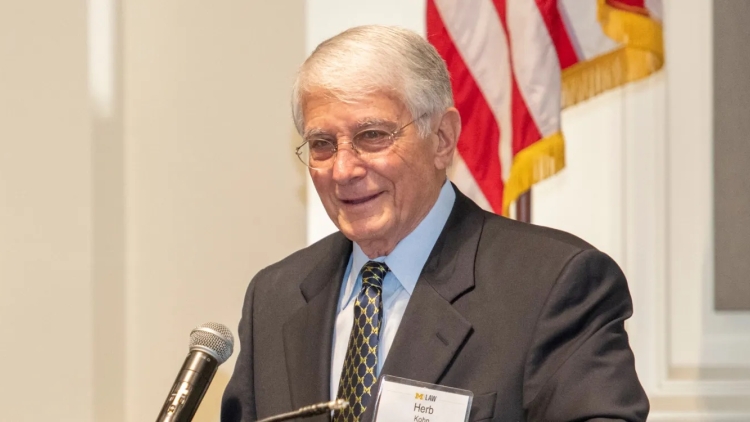