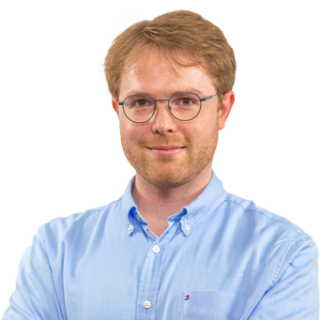 Thomas Verellen is Assistant Professor in European Union and International Law at Utrecht University (Netherlands) and a Research Fellow at the Institute for European Law, KU Leuven (Belgium). Thomas is an expert in EU and comparative foreign relations law and has a particular interest in the impact of geopolitical change on the governance of EU trade and investment policy.

Thomas defended his PhD entitled 'EU Foreign Relations Federalism. A Comparison with the United States, Canada and Belgium' at KU Leuven in September 2019. From 2018 to 2020, Thomas practiced EU and international trade law at the Brussels office of Bird & Bird LLP. Thomas has held visiting positions at the University of Michigan Law School (2016-2017) and the Université de Montréal (2015) and was a trainee in the chambers of Professor Koen Lenaerts, President of the Court of Justice of the EU (2015).

Research Focus: At Michigan, Thomas will start a comparative research project on legal and political accountability mechanisms in EU and US trade and investment policy, and he will work on the book version of his PhD, which will be published in 2022 as part of Oxford University Press' Comparative Constitutionalism series. In addition, Thomas will teach European Union Law at Michigan during the 2022 Winter Term.