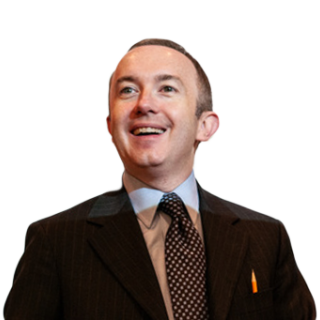 He is an elected member of the International Academy of Estate and Trust Law, the American College of Trust and Estate Counsel, and the American Law Institute.

His scholarly articles have been published in peer-reviewed journals in the United States, England, France, China, and Japan, as well as in U.S. law reviews.  Professor Gallanis is co-author of Wills, Trusts, and Estates (6th ed., with Kurtz and English) and The Law of Property (6th ed., with Hovenkamp and Kurtz). His co-authored treatise Multinational Estate Planning, with Jeffrey Schoenblum of Vanderbilt Law, will be published by Wolters Kluwer CCH in 2024. He also is the author or co-author of prominent casebooks: Family Property Law: Cases and Materials on Wills, Trusts, and Estates (8th ed. 2020) and Fundamentals of Property Law (5th ed. 2020, with Burke and Burkhart).

Gallanis is active in law reform through the Uniform Law Commission and the American Law Institute. Within the Uniform Law Commission, he is the executive director of the Joint Editorial Board for Uniform Trust and Estate Acts, which is the official oversight body for all uniform laws in the field of trusts and succession. He was the reporter (principal drafter) of the Uniform Powers of Appointment Act and the Uniform Real Property Transfer on Death Act. Within the American Law Institute, he served as associate reporter for the Restatement Third of Trusts and currently serves as an adviser to the Restatement Fourth of Property.

He is also active as a legal historian. He was awarded the Selden Society's David Yale Prize for his scholarly article on the history of evidence law in English courts, which was judged "a distinguished contribution to the history of the laws and legal institutions of England and Wales."

With an international team of scholars, Gallanis published The Oxford Edition of Blackstone: Commentaries on the Laws of England with Oxford University Press. He is preparing, for publication by the Selden Society, a scholarly edition of the judicial notes of Sir Dudley Ryder, who served as chief justice of the Court of King's Bench.

Gallanis is a member of the editorial boards of the Journal of Legal History and Continuity and Change and the Brill series on Studies in the History of Private Law.