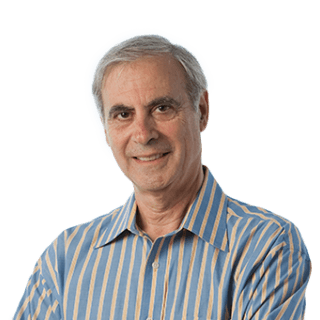 Professor Robert Hirshon, '73, the Frank G. Millard Professor from Practice and special counsel on developments in the legal profession, is an internationally known lawyer, writer, and speaker. He is also a visiting professor at the Haim Striks Law School in Israel and the Peking University School of Transnational Law in China.

Hirshon practiced law for 30 years in Portland, Maine, and is a consultant to the northeast regional law firm Verrill Dana LLP. He served as president of the Maine State Bar Association, the Maine Bar Foundation, and the American Bar Association (ABA). As president of the ABA, Hirshon was the spokesperson for the world's largest professional association and determined how and when the association should speak about important national and international issues such as the profession's response to the 9/11 tragedy and various corporate scandals. Under his leadership the ABA focused on the issues surrounding law student debt, and the professional ramifications of increasing billable hour requirements. During his three years as an officer of the ABA, Hirshon traveled to 17 countries, meeting with judges, members of the Bar, and political and corporate leaders. Hirshon served as the CEO of Tonkon Torp LLP, an Oregon law firm of 75 lawyers. At Tonkon Torp, he facilitated the adoption and implementation of the firm's strategic plan and created a speaker's bureau focusing on professionalism. Under his leadership, Tonkon Torp launched an ambitious diversity program and embraced a new pro bono policy based upon Model Rule 6.1. Hirshon also served as the COO of Stoel Rives LLP, a 370-lawyer Western regional law firm with offices in 12 cities and eight states. In addition, Hirshon is the CEO of The Wein Hirshon Charitable Foundation, which provides grants to nonprofit organizations, including Michigan Law's Student Funded Fellowships. He is the recipient of several honorary degrees and numerous state and national awards for his pro bono work and efforts in the profession.

Moderated a panel discussion, "I Should Have Just Stayed Home: Ethical Issues in the Multi-Jurisdictional Practice of Law," at the 38th Annual AFL-CIO Lawyers Coordinating Committee Lawyers Conference, Detroit.

Presented "The Future of the Legal Profession: A Snapshot" at the Maine State Bar Association Annual Conference.

Presented "The Future of the Legal Profession: A Global View" at the College of Management Academic Studies, Rishon LeZion, Israel.