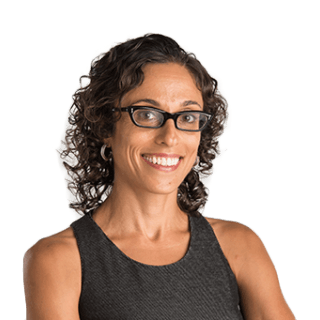 Monica Hakimi is the James V. Campbell Professor of Law. She teaches and writes in the fields of public international law and U.S. foreign relations law. Her research ties together doctrine and theory to examine how international law operates and adapts to contemporary challenges, particularly in the areas of human and national security.

Before entering academia, Professor Hakimi served as attorney-adviser in the Office of the Legal Adviser at the U.S. Department of State, where she counseled policymakers on nuclear nonproliferation, efforts to reconstruct Iraq immediately after the 2003 war, international investment disputes, and international civil aviation. She also served as counsel before the Iran-U.S. Claims Tribunal and worked on cases before the International Court of Justice and U.S. federal courts and agencies.

Between 2020 and 2022, Professor Hakimi was the associate dean for faculty and research, and between 2013 and 2016, she was the associate dean for academic programming at Michigan Law. She serves on the board of editors of the American Journal of International Law and the advisory board for the Institute of International Peace and Security at the University of Cologne, Germany.

Presented "Human Rights and Resort to Force" at the Oxford Institute for Ethics, Law, and Armed Conflict.

The Max Planck Institute in Germany held a conference in Berlin about Hakimi's recent scholarship.

Presented "What Was the International Rule of Law? Histories and Narratives" at Northwestern University, Evanston, Illinois.

Discussant for the paper presentation, "Is a Threat to State Survival an Emergency in International Law? Implications for the Permissibility of Using Nuclear Weapons," at the Revisiting the Laws on Nuclear Weapons: Proportionality, Reprisal, and Launch Authority Workshop, Stanford University.

Participated in a workshop on the Palestine/Israel case at the International Criminal Court, Harvard Law School.

Participated in the Conference on Comparative Foreign Relations Law that was co-sponsored by Duke University School of Law and Leiden Law School, Leiden, Netherlands.

Moderated a panel discussion on the use of force against non-state actors at the annual meeting of the American Society of International Law.

Presented the paper, "The Theory and Practice at the Intersection between International Human Rights and Humanitarian Law," at the Brigham Young University Conference on War in Cities and the Law of Armed Conflict.

Presented her paper, "The Jus ad Bellum's Regulatory Form," at a faculty workshop sponsored by the College of William and Mary.